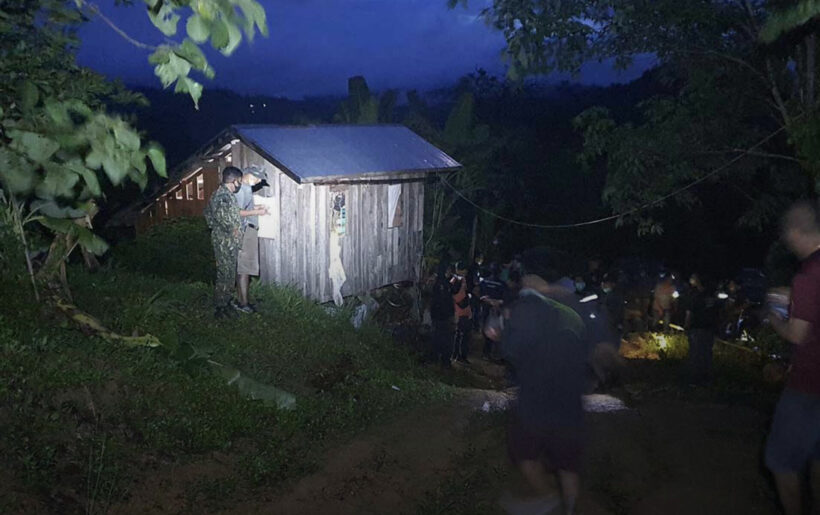 The suspected hitman, 43 year old Thirayut Chukaeo from Nakhon Si Thammarat, had 4 warrants out for his arrest for 4 different murder cases. Police had recently learned that Thirayut, also known by the alias Suea Mui, was in hiding at a hilltop hut in Chumphon, about 30 kilometres from Phetkasem Road. Police needed to drive a 4-wheel drive vehicle up the hillside road and then trek another kilometre before reaching the hideout.

A report from the Bangkok Post does not say how the raid turned violent. Thirayut and 16 year old Natthaphon Sukthanang were shot and killed by police. 26 year year old Ekkanan Phanthumat broke his leg while running away from police. He fell and rolled about 100 metres down the hill. He was then arrested by police. Officers say they seized an M16 rifle, M26 grenades and a 9mm pistol as well as ammunition.