PHUKET: The Pheu Thai government appears to be retreating from its stance on backing the controversial amnesty bill, which is facing growing public opposition, while the Senate also seems to be ready to reject the bill.

Though Pheu Thai secretary-general Phumtham Wechayachai repeated Prime Minister Yingluck Shinawatra’s remark that the bill’s future was in the hands of the Senate, he refused to say whether or not the House of Representatives would reaffirm the bill 180 days later if it is rejected by the Senate.

However, Phumtham mentioned the earlier amnesty bill put forward by MP Worachai Hema, which did not cover protest leaders, those in authority or corruption cases. Worachai’s version was replaced by that of Prayuth Siripanich, which would provide amnesty to everybody facing charges for illegal political activities from 2004 to 2013 as well as cases investigated by the junta-appointed Assets Examination Committee (AEC).

“If the public accepts the other draft [Worachai’s] later, it would be wonderful when people in prison are freed,” he said, referring to the red-shirt supporters currently being detained in relation to the 2010 protests.

Meanwhile, Democrat MPs said last night that the rally at Democracy Monument would continue until the government withdraws the bill.

Yingluck’s speech yesterday afternoon was ambiguous and further enraged protesters. Later, Wim Rungwattanajinda, a PM’s Office Ministry spokesman, said she was making a gesture of compromise and her remark that the ball was in the Senate’s court was in no way meant to burden the Upper House.

“We insist we’re not stubbornly pushing forward the bill, or rushing it into a law. Also, we insist that there is no lobbying of the Senate to approve it,” Wim said.

Yingluck, in her statement on state-owned TV, said the government would accept the Senate’s decision on the draft amnesty law. “Whatever is done by the Senate, I truly believe that the House of Representatives will accept it, based on what is in the nation’s best interest,” she said.

She added that the bill should be considered as per the constitutional process. The Senate should be able to thoroughly deliberate the law. [Read full speech 2A]

Wim added the prime minister could not interfere in any of the Senate’s affairs, as it may lead to her dismissal from office. All that she says is that she respects the Senate’s decision, whatever it is, and the government will accept it, Wim said.

Wim’s explanation came several hours after Yingluck’s statement, made at a Government House press conference, further frustrated the public over her stance about the much-criticised bill, which grants amnesty to her fugitive brother Thaksin, while further enraging demonstrators at a large rally at Democracy Monument.

Senate Speaker Nikom Waiyaratpanit, speaking at a press conference after the PM’s statement, said: “The Senate will vote to find a way out for the country and to unlock the current political situation.” The Senate issued a statement to confirm this decision today.

Nikom also dismissed unconfirmed reports that the bill would be passed by the Senate in all three hearings in quick succession.

Elected senator Derek Thuengfang said Nikom cannot declare the Senate’s stance, though more senators are gradually agreeing that the bill should not be passed.

Senator Paiboon Nititawan, a leader of those appointed, said all 37 elected – mostly based in the South – and all 67 appointed senators would vote against the bill. He accused the government of trying to lobby the elected senators to vote for the bill, at least in the first reading.

Elected Senator Singchai Thungthong, of Uthai Thani said he and several fellow elected senators had not decided yet to vote for or against the bill. He attacked the appointed senators, saying their announcement of their stance against the bill was meant to ride on the anti-bill wave.

Opposition chief whip and Democrat MP Jurin Laksanavisith said Yingluck’s statement signified her further support for the bill, and there was no guarantee that the Pheu Thai-led government would not reaffirm this bill after 180 days even if the Senate decided to kill it.

“There is no sign of any retreat or review [of the bill]. Even worse, she throws the hot potato into the Senate. I think the government would eventually lobby the Senate to pass the bill,” he said.

The question is how can society trust such a dishonest government, which always has a hidden agenda, to rule the country, Suriyasai asked.

After her statement, Yingluck reportedly was very shocked to know that the public was angered by her statement. She then reportedly asked her staff to explain to the media, that she and her government would not push through the bill.

Chat Thai Pattana Party chief adviser Banharn Silapa-archa said yesterday the speech by Yingluck should calm down the situation, and that he supported her stance that the Senate would eventually decide on the controversial amnesty bill.

The anti-amnesty rally is growing in large numbers by the hour, and numerous groups of people, from both the private and public sectors, including civil servants and government doctors, are vowing to protest against the bill.

Student and People Network for Thailand’s Reform (STR) leader Uthai Yodmanee said the group did not care about what Yingluck said but wanted political reform.

He also said the group would step up its rally tomorrow and march to important places, but refused to say where.

The group’s representative yesterday asked the national police chief to provide protection for protesters as they feared there might be “men in black” who would attack them.

Meanwhile, hundreds of supporters of Dharma Army, who formerly joined the STR protest at the Urupong intersection, yesterday marched and rallied at Phan Fah Bridge on Rajdamnoen Road.

Seven officials, including Pipat, were patrolling forested areas of the Phuphathoep National Park in the early hours when they noticed some 30 illegal loggers with several felled Siamese Rosewood trees.

The officials shot into the sky twice to warn the loggers before moving to make arrests. However, some loggers shot back and a bullet hit Pipat in the head.

The gunfire exchange lasted for about five minutes, after which the loggers retreated. Inspection showed the trees were over a century old. Police have launched a manhunt for the loggers. 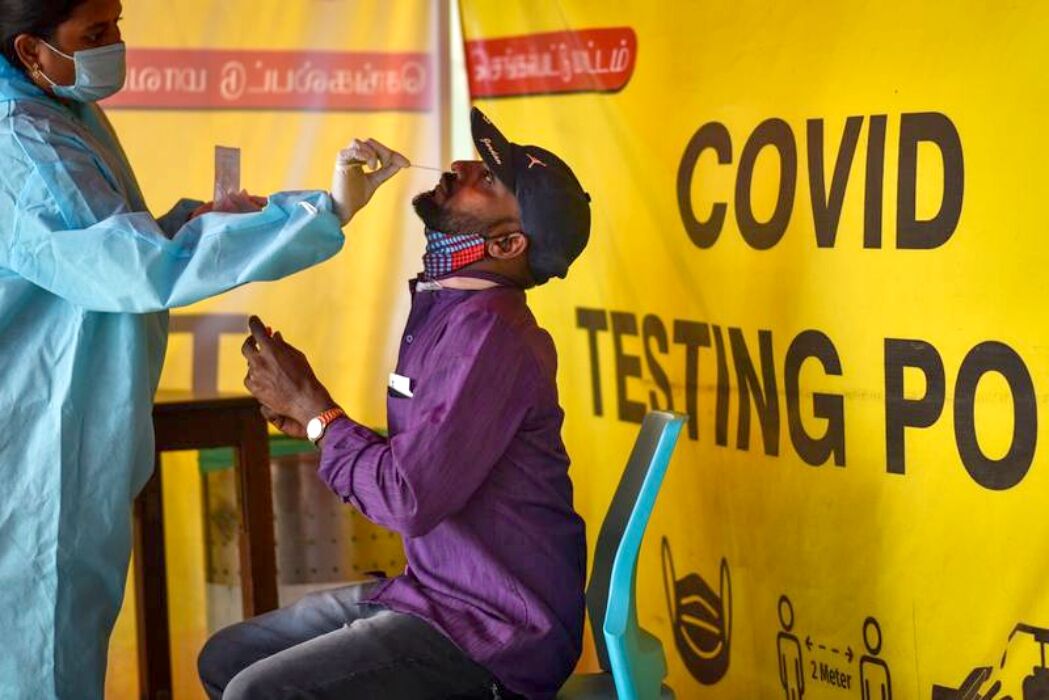 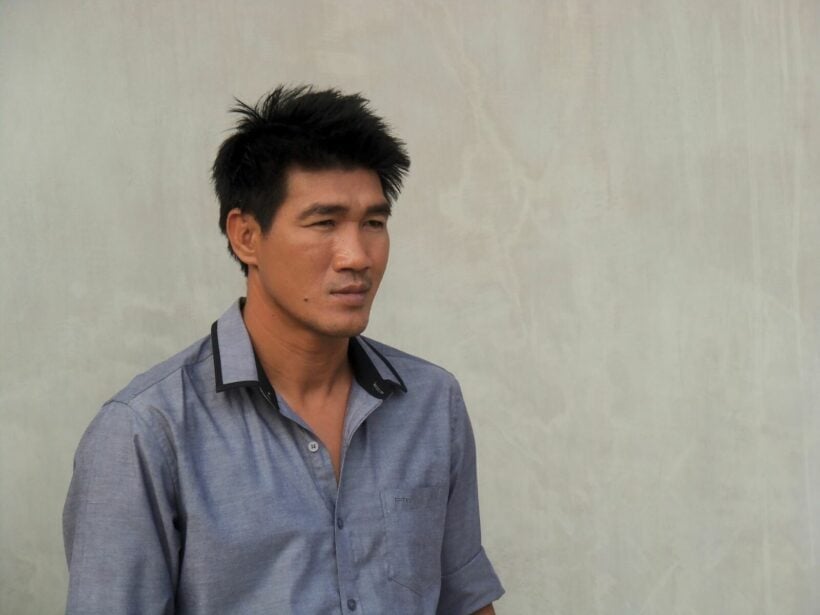 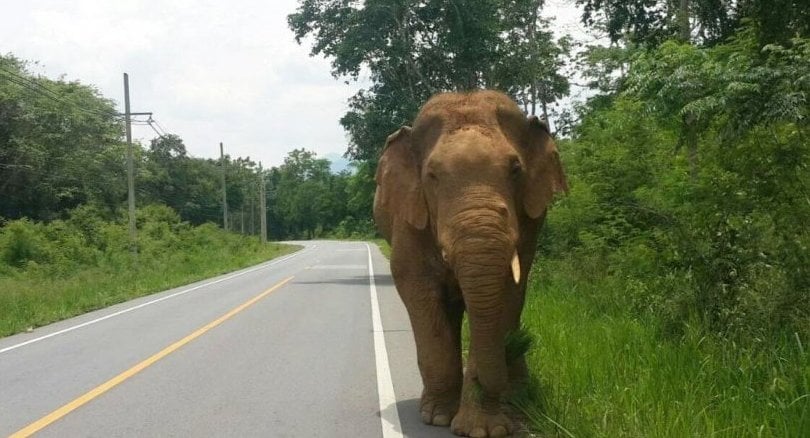 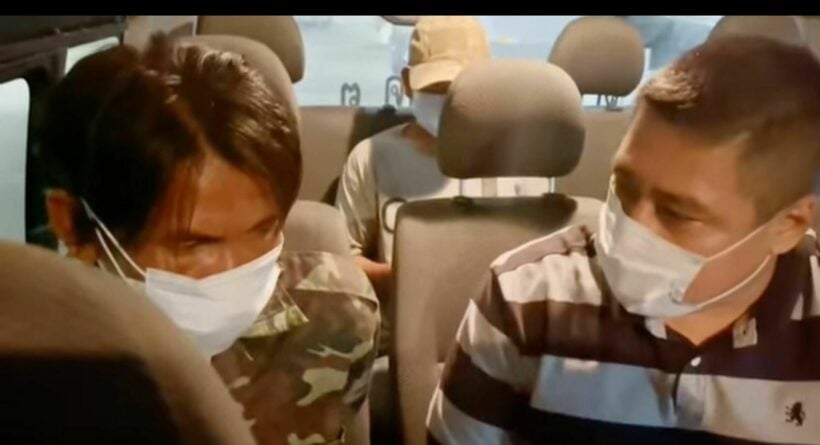 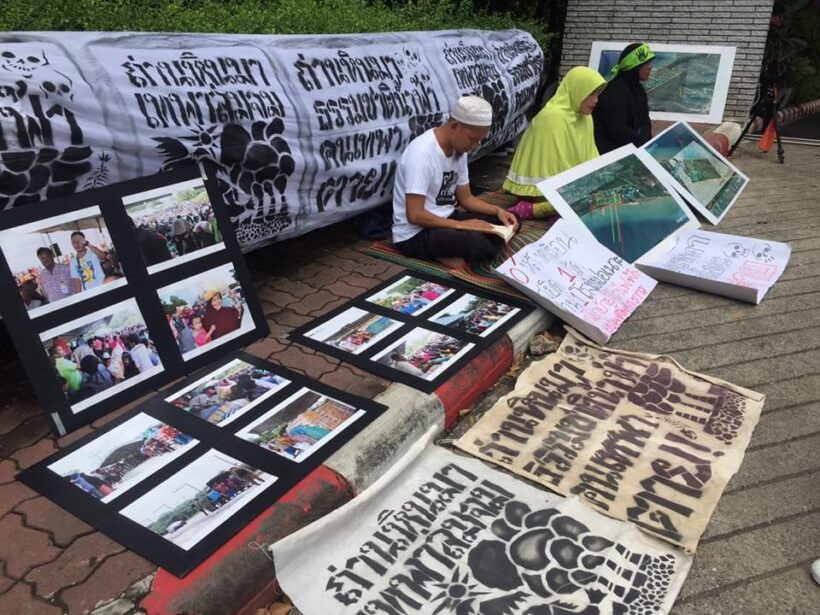