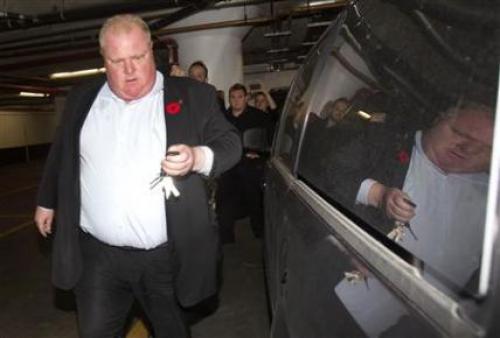 PHUKET: The Netherlands will ask an international court tomorrow to order Russia to release 30 people detained during a protest against oil drilling in the Arctic.

The detainees, two of whom are Dutch, have been charged with hooliganism for the September 18 protest in which Greenpeace environmentalist activists tried to scale Russia’s first offshore Arctic oil rig.

The Dutch hope the International Tribunal for the Law of the Sea (ITLOS) in Hamburg will make a ruling by mid-November that would secure the provisional release of the captives who have all been denied bail in a case that has strained relations with the West, particularly the Netherlands.

Russia has told the court it does not accept the Netherlands’ case and will not participate in the proceedings that will start, in any case, on Wednesday.

The court was established by the 1982 U.N. Convention on the Law of the Sea – of which both the Netherlands and Russia are signatories – to settle maritime disputes. Its decisions are binding but it has no means of enforcing them.

“We are very grateful to the Dutch government for bringing this case and to the tribunal for considering it” said Greenpeace International General Counsel Jasper Teulings. The global environmentalist group is based in Amsterdam.

“The argument of the Netherlands is that in international waters, ships have the right to freedom of navigation and so this means they may not be boarded, inspected, detained or arrested except with the permission of the flag state. There are exceptions to this, but they are limited,” Teulings added.

Russia’s Investigative Committee, which is handling the case, reduced initial charges of piracy to hooliganism late last month, cutting the maximum jail term from 15 years to seven, after President Vladimir Putin said they were not pirates.

The case adds to strains between the two countries. Last month senior diplomats from each country were beaten in their respective homes in Moscow and The Hague.

On Tuesday, the Dutch foreign minister denounced Russia’s law banning homosexual “propaganda” among minors and said the violation of gay rights could be grounds for asylum in the Netherlands.

Prime Minister Dmitry Medvedev said last week reiterated Moscow’s stance that the Greenpeace protest had posed a threat to the security of Russian workers and to the environment by disturbing work at the platform.

PHUKET: Toronto Mayor Rob Ford admitted on Tuesday he has smoked crack cocaine, probably “in one of my drunken stupors,” but insisted he’s not an addict and said he would stay in office and run for re-election next year.

Speaking just days after Toronto’s police chief confirmed that police have recovered a copy of a video that two media organizations have said shows the mayor smoking the drug, Ford said he had smoked crack about a year ago.

“Yes I have smoked crack cocaine… Probably in one of my drunken stupors, probably approximately about a year ago,” he told reporters outside his office.

Later, he returned to address the media with an emotional formal statement. “To the residents of Toronto, I know I have let you down, and I can’t do anything else but apologize,” he said.

Elected in 2010 on a cost-cutting platform, Ford has been able to maintain strong voter support in his suburban base even as the scandal has escalated. A poll taken after Police Chief Bill Blair confirmed the existence of the video put Ford’s approval rating at 44 percent, up five points from a previous poll.

But while Ford’s popular support has held strong, his once rock-solid supporters at City Hall have started wavering.

City councillor Denzil Minnan-Wong, a member of Ford’s cabinet-like executive committee, said he will bring a motion to the next city council meeting asking Ford to take a leave of absence. Council does not have the power to force Ford out of office.

“It is very disappointing to have the mayor of the City of Toronto admit to smoking crack cocaine,” he told reporters. “I was disappointed at two levels: firstly that he did it, but secondly that it took him so long to admit it.”

Another motion circulating at City Hall would seek to restrict Ford’s ability to remove people from his executive committee and other standing committees.

Ontario Premier Kathleen Wynne voiced concern about the events in Toronto, but said the province would not intervene.

“I am not going to pre-empt what the mayor may or may not do,” she told reporters. “I have said I’m concerned, the police service and the judicial system have to take action, but the mayor will have to make his decisions about what is appropriate right now… That’s his responsibility.”

Ford has already apologized for “mistakes” in his past, admitting to being “hammered” at a street festival this summer and drunk at City Hall after-hours on St. Patrick’s Day last year. All four big Toronto newspapers, including the right-leaning Toronto Sun, have urged him to quit.

“I don’t even remember,” Ford said on Tuesday of his drug use. “After some of the stuff that you guys have seen me, the state I’ve been in. It’s a problem.”

In May, when the Toronto Star newspaper and the Gawker media blog first reported the existence of the video, Ford said he does not use crack cocaine, and that he could not comment on a video he has not seen.

Blair said on Thursday that police had obtained a video “consistent” with the Gawker and Star accounts, recovering the video from a deleted hard drive scooped up as part of a wide-ranging drug probe.

But that video did not in itself support laying charges against the mayor, Blair said.

Ford on Tuesday repeated a plea to the police to release the video, which he told the Toronto Sun was probably “not pretty”.

Contacted after Ford’s admission on Tuesday, a police spokeswoman said: “The information will be passed on to investigators.”

Ford’s predicament is reminiscent of former Washington D.C. mayor Marion Barry, who was infamously caught smoking crack-cocaine on a videotape in a Washington hotel during an FBI sting.