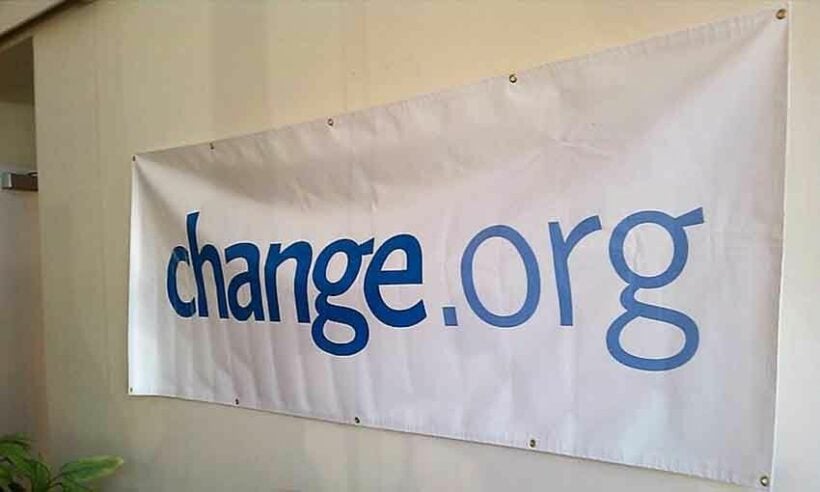 The popular petition website, Change.org, is once again available to activists in Thailand, after being temporarily blocked last October. Coconuts reports that a statement on the site’s social media account confirms that it’s back up and running in the Kingdom.

“Throughout these months we had worked hard, fighting through the legal process for our mission to have the website’s access back. And eventually, a court ordered a lift of the ban on Change.org to protect freedom of expression, which all Thai people have the right to under the Thai constitution!”

The petition site, which is popular with activists and anyone calling for social change or justice, was banned in Thailand for hosting a petition that criticised His Majesty, King Vajiralongkorn. The petition, calling for Germany to declare His Majesty as “persona non grata”, attracted 130,000 signatures before the site was blocked.

The ban occurred at the height of pro-democracy protests in the Kingdom last October, with the site blocked by major service providers, including AIS, DTAC, and True. Those attempting to reach the website were redirected to a blackout notice traced to TOT, the government-owned communications company.

At that stage, anti-government protesters had been marching for over a year, calling for the resignation of PM Prayut Chan-o-cha, a re-write of the Thai constitution, and reform of the monarchy. In October, activists also marched on the German Embassy in Bangkok to deliver a petition. They were calling on the German government to investigate if King Vajiralongkorn’s was violating German sovereignty by conducting business while resident in the country.

Meanwhile, while the Change.org website is now back up and running, the campaign that got it into hot water appears to have been removed, along with other petitions related to Thailand’s monarchy.