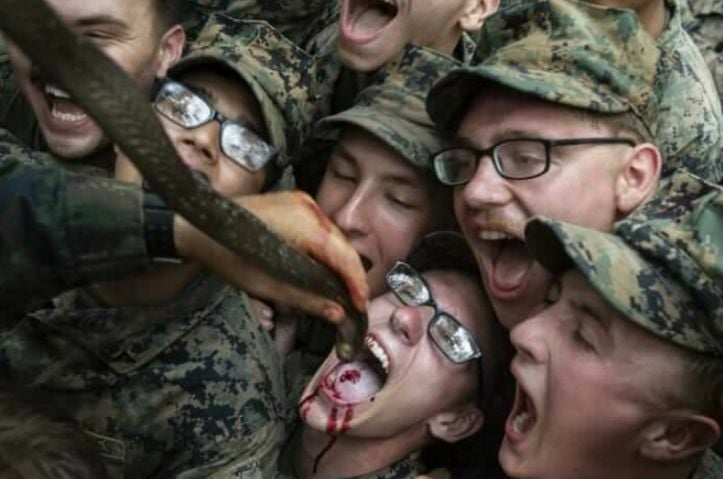 Animal rights activists are urging PM Prayut Chan-o-cha to stop the practice of soldiers drinking snake blood and killing live animals during the Cobra Gold multinational training exercises which are held in Thailand and co-sponsored by the United States.

PETA, or the People for the Ethical Treatment of Animals, also filed a petition with the US government to stop the “frat-like party masquerading as training in Thailand known as Cobra Gold.” They say the training violates the US Department of Defense’s policy on using non-animal methods.

“During Cobra Gold, marines and training instructors in Thailand kill chickens with their bare hands, skin and eat live geckos, consume live scorpions and tarantulas, and decapitate king cobras – a species  vulnerable to extinction – in order to drink their blood as part of purported training in food procurement.”

PETA referred to video footage of US Marines learning jungle survival skills at last year’s Cobra Gold training at Sattahip Navy Base in Chon Buri, including drinking snake blood and killing other animals to eat. Royal Thai Marine instructors show troops how drinking the cobra blood can help them stay alive if there is no drinkable water.

After decapitating a cobra and drinking the blood, the snakes are grilled up to eat. The Thai military trainers also teach troops how to remove venom from scorpions and tarantulas before eating them. They also teach out to find water in jungle vines and how to identify what plants are edible. In a past report, a Thai marine sergeant said “the key to survival is knowing what to eat.”

“PETA is therefore urging Prime Minister Prayut Chan-o-cha to call for an end to the bloodlust killing of animals during Cobra Gold, which sullies the honour of Thailand, risks public health, and endangers species which are vulnerable to extinction.”

PETA Vice President Shalin Gala called on the Pentagon to end the killing of animals during the Cobra Gold training.

“A Girl Scout could figure out how to survive in a jungle without killing animals for practice, and so, too, should our military’s best and brightest.”

Cobra Gold the largest military exercise of it’s kind in the Asia-Pacific region. Other participating nations at the Thai-US co-sponsored training usually include Singapore, Japan, Indonesia, South Korea and Malaysia. Past exercises have drawn in more than 6,800 US troops.

The next Cobra Gold training exercise has been postponed until August due to Covid-19. 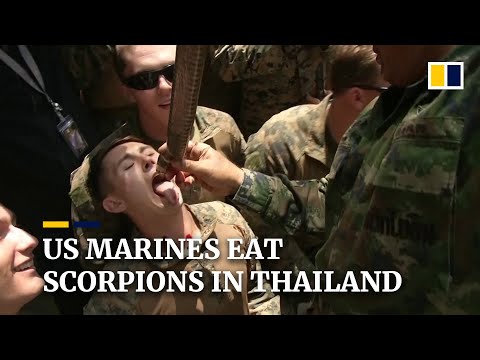