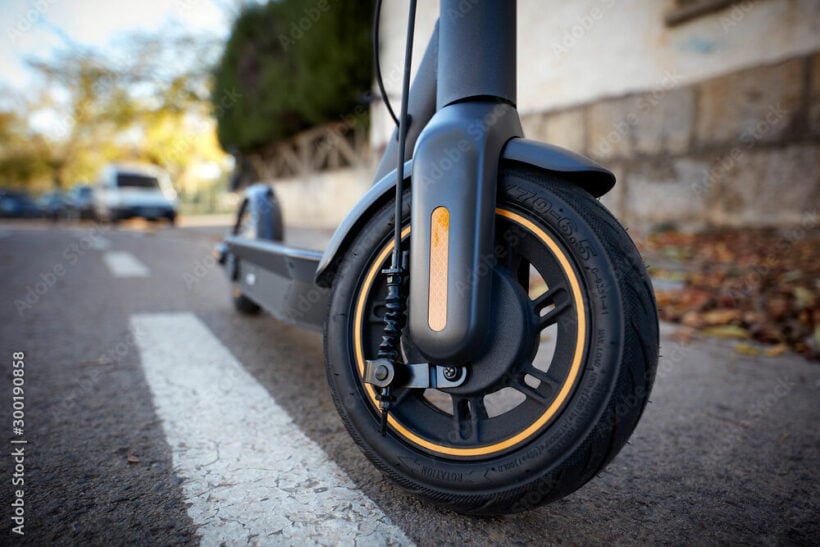 Four tourists in Patong were charged with using unregistered and untaxed vehicles after they drove electric scooters near a beach resort. Several people had complained that the tourists were driving the scooters recklessly, threatening the safety of pedestrians and drivers alike. One of the tourists was stopped near a police booth on Pee Road last Wednesday evening, and the other three were arrested later, and all were eventually charged. Police will investigate to find the scooters’ owners and charge them.

On top of using unregistered and untaxed vehicles, police found the tourists to be posing a hazardous threat. The police now warn that anyone using an unregistered vehicle can be fined and charged, though they don’t specify how much. They urge electric scooter drivers to be careful of the safety of everyone around them. The complaints about the scooter drivers were made to police on social media. Two of the tourists were caught on Bangla Road. Police are not revealing the tourists’s names or nationalities.

Electric vehicles have become popular in Thailand over the past decade. In 2014, they became available in Phuket when an expat opened an electric bike shop there. The owner, Joseph Memmel, believed electric bikes were a practical alternative to gasoline powered scooters and motorbikes.

vlad
On 2/20/2022 at 4:40 AM, Janneman said: If you want to cross a street you better use a pedestrian crossing. Otherwise you might be arrested for breaking a law on crossing streets. This law only applies to farangs of course.…

AussieBob
35 minutes ago, Transam said: Little off topic, was sitting outside my local watering hole the other night, I heard what sounded like a Honda lawnmower coming up the road, it passed by, looked like a kid's scooter with an…
HolyCowCm
1 hour ago, Stonker said: As I said, the police turn a blind eye but that doesn't make the 3-wheelers or the scooters legal. Plenty of locals use electric scooters, mostly without pedals so illegal, particularly kids going to school,…

ThaiEyes
These public displays of “police work” are quite laughable. A lot of the police work here consists of selective enforcement on any given hour or day or perpetrator. Yes if people break laws, they are responsible and should get consequences,…

Korean hotel exec found dead in Kanchanaburi, cause not yet known