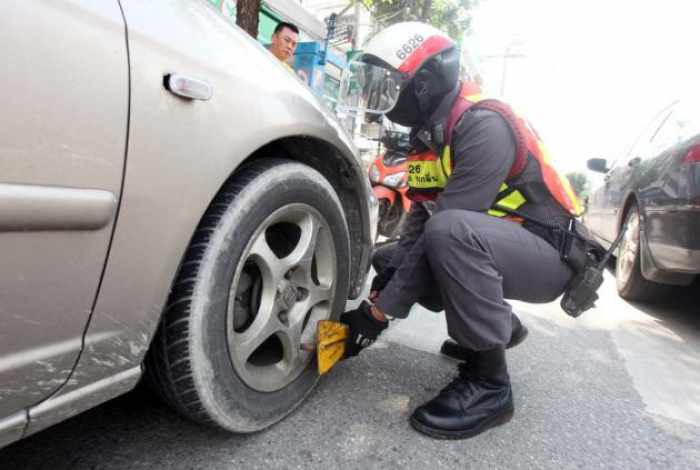 PHUKET: Police yesterday launched a nationwide operation to lock the wheels of cars found violating the law yesterday in a bid to ease traffic congestion.

Pol Lt-General Wuthi Liptapallop, an adviser to the Royal Thai Police in charge of traffic affairs, presided over the official launch of the operation at the Traffic Police Command yesterday. Bangkok’s 230 traffic policemen equipped with 210 sets of wheel-locking tools will target 10 locations in the capital, including Soi Pradipat 20, Silom Road, Yaowarat Road and Kamphaeng Phet Road.

The campaign was unofficially launched on June 9 and has since received good feedback from people and reportedly helped ease traffic, Wuthi said, adding that the operation will now be extended to neighbouring provinces, including Samut Prakan, Nonthaburi and Pathum Thani.

He added that the wheel-locking policy would be applied to all “No Parking” areas. There have been public complaints that many motorists parked their vehicles in no-parking areas on secondary roads and alleys, instead of the main roads where they would surely got busted, he said. Police have also spoken to the representatives of some 100 markets to ease this problem, he added.