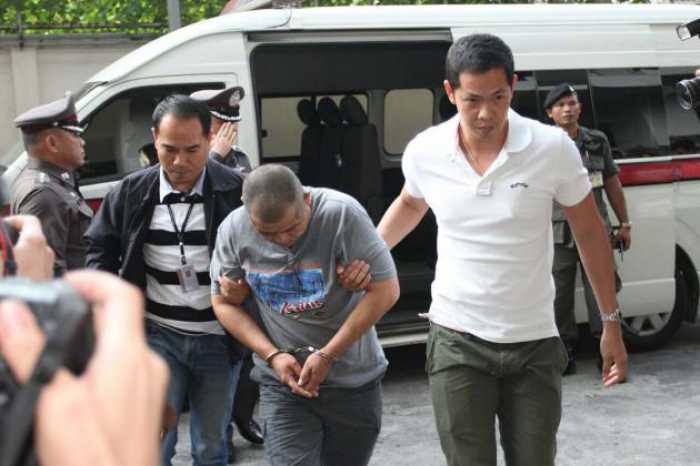 A source said the admission by Pol Maj Gen Bunsueb Phraitheun confirmed police theory that corrupt policemen and security officials had been taking bribes, which made it easy for Sahachai “Sia Jo” Jiansermsin to operate his petrol-smuggling business in the Deep South.

In his confession, Gen Bunsueb helped police trace a number of names deciphered from nicknames and aliases that belonged to a large number of policemen and security officials. These names were found in lists seized in raids conducted at Sahachai’s home, both before and after he fled, a source said.

The Marine Police comes under the jurisdiction of the Central Investigation Bureau (CIB), and its former chief Lt Gen Pongpat Chayaphan and several other CIB senior officers have been arrested for intimidating debtors and extortion. This shakedown of the bureau is expected to result in a large-scale transfer of officers with ties to the former crime-buster.

Gen Prawut repeated that the officers facing transfer are not necessarily accused of any crimes, but

were being moved as part of a reshuffle of CIB after Pongpat’s arrest. Some 200 CIB officers and 60 from the powerful Crime Suppression Division – also under the CIB – will be transferred, according to earlier news reports quoting several high-ranking police sources.

The Criminal Court yesterday extended the detention of Gen Pongpat and nine other police officers and civilians by another 12 days for a third time after police objected to the request for temporary release. The bail hearing yesterday was done via teleconferencing with the 10 suspects in detention.

Meanwhile, Gen Prawut said a committee had been set up to pursue people or anti-coup groups overseas who post slanderous messages on websites or the social media that could be deemed as violating the lese majeste law. This is on the orders of Prime Minister Gen Prayut Chan-ocha.

“It is difficult to bring these violators to justice because the offence is not applicable in the countries where they live,” he added.

Police have yet to find the people who are believed to have manipulated the Thai stock market in 2008 and are said to have a hand in yesterday’s record plunge in the index, he said.

Gen Prawut also defended a legal amendment that would empower members of the Police Special Branch to conduct searches and make arrests without warrants.

He said this would not lead them to abuse their power, but it was a tool to fight crimes against national security and lese majeste.

More than 260 Royal Thai Police officers serving in the same unit as a disgraced former commander would be reassigned, police said Tuesday.

The reshuffle is the largest of its kind and is to include officers ranging from patrolmen to deputy commanders, he said.

Gen Pongpat was arrested along with several senior officers in late November for charges of corruption, extortion and lese-majeste. Over 1 billion baht in cash and other valuables were found in his home during a police search.

Local media reported that the lese-majeste charges were brought because Gen Pongpat would claim he was acting on royal behalf to intimidate business connections. Gen Pongpat is related to the wife of the crown prince, Sirasmi, who has since renounced her royal titles and public role.