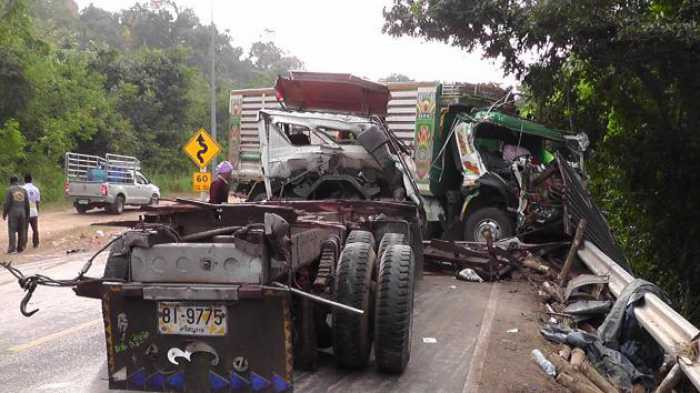 Forty-three people were hurt in the accident.

Meanwhile, an 18-wheeled trailer truck carrying eucalyptus wood collided with another 18-wheeler at Chong Tako in Ta Phraya district, Sa Kaew province – before another gasoline-transporting trailer truck rammed into them.

One person died in the accident and two were seriously injured.

The two injured drivers were taken to Ta Phraya Hospital.

Marine Police exchief admits to B150mn in bribes; hundreds of police to be reassigned