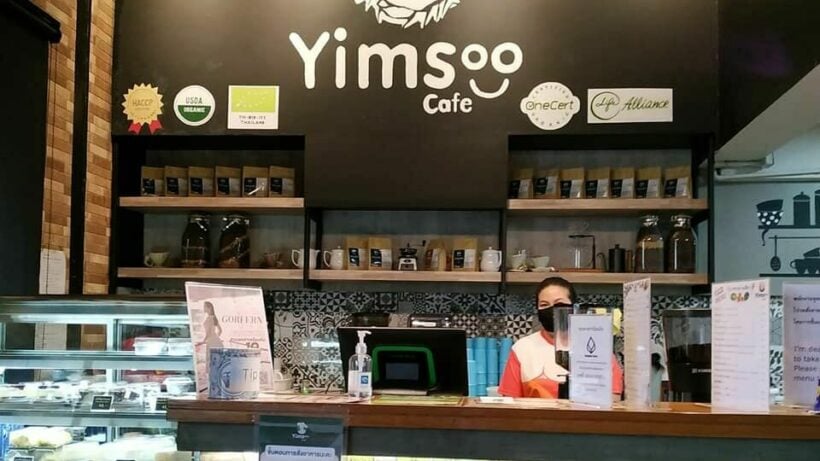 Yesterday, a man stole a tip box out of a cafe that is run by people with disabilities in Bangkok

Thai media says a well dressed man walked into “Yimsoo” and ordered a coffee. When the employee looked away, the man was filmed putting the tip box inside a plastic bag. He then swapped the tip box with an empty tip box. Police believe the man had stolen another tip box from a different shop to use as a red herring in this theft.

The proprietors of the shop have the theft on camera and are planning to file a police report. The man was wearing a dark shirt, what appears to be jeans and a face mask. The cafe’s Facebook does not mention the theft but has many glowing reviews.

The man did not count on the shop having CCTV footage… Like everywhere in Thailand.

The coffee shop is run by someone with a disability and has 2 hearing impaired baristas on staff. There are other staff members that help at the shop that are also have hearing impaired.

The cafe also acts as a training centre to help people with disabilities. It was founded by professor Wiriya Namsiripongpan, a professor at Thammasat University. He also founded the Universal Foundation for Persons with Disabilities.

On July 12, the company posted that they had received their second dose of a Covid vaccine.

TobyAndrews
1 minute ago, gummy said: There are those low lifes all over the world unfortunately. When caught they should have a punishment that fits the crime. Yes hand cut off, lol
Morpheus
Arsehole. Mind you Thai people starving everywhere, no work, no government support, more of this will follow.

AussieBob
9 minutes ago, gummy said: There are those low lifes all over the world unfortunately. When caught they should have a punishment that fits the crime. Much more likely to get 'punished' in Thailand, than here in Aust. All they…