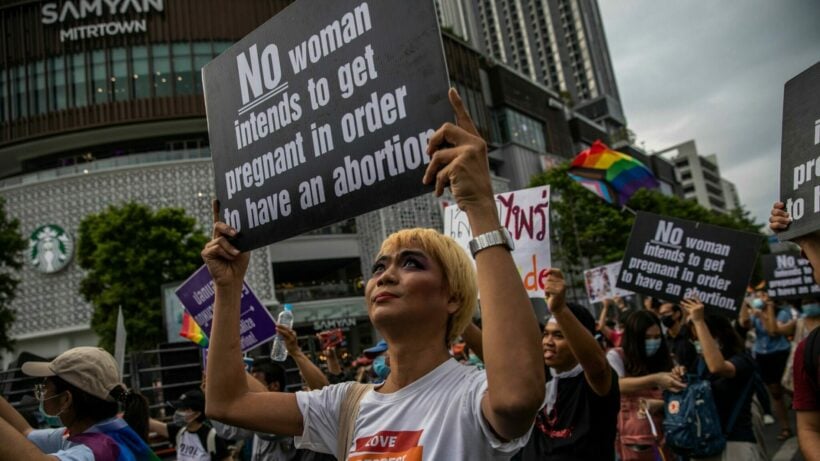 Starting in February, women who sought an abortion could legally get one, in the first trimester. However, pro-choice activist Supecha Baotip says women still encounter discrimination in the form of spiritual objections.

Supecha says that many nurses and doctors do not want to assist women who want help, despite the procedure’s legality. She says it’s “more than just a feeling. It’s about belief on the spiritual level”.

For Thailand, an almost entirely Buddhist nation which means many people believe in karma, and thus disagree with abortion. That is, monks in Thailand believe abortions lead to bad karma.

One monk, Phra Ratchadhamanithet, explains it this way: “Women who are spoiled go get abortions”. Phra says that women “have desires to do the things” that result in them getting pregnant, but they are not ready to take of a child.

However, it is not just monks that oppose abortion on spiritual grounds. Supecha cites a female doctor who is “sympathetic” to women seeking an abortion. Yet the doctor will not help women because she has not had a child and she worries bad karma will make her infertile.

Supecha says women’s reproductive rights are being presided over by judges/monks that the issue is irrelevant to because they will “never face an unplanned pregnancy because they are men”. She adds that this sends mixed messages to women in Thailand because they want to be faithful, but they sometimes need the procedure for their own well-being.

Supecha runs a hotline “Tam Tang” that offers women who are contemplating abortion advice. Previously, she would direct women to “sympathetic gynaecologists” who could also provide advice to the women. Supecha says the issue is even more controversial in Thailand than it is in America. She adds that nothing will change until monks can change their beliefs. The pro-choice activist concludes her thoughts with a rhetorical question:

“Isn’t the aim of Buddhism to get away from suffering?”

MikeW
1 hour ago, Craig said: It’s different here.  If your pet has cancer/1 month to live, good luck finding someone who will put it down and out of its misery.  It’s unfortunate that a society can be this way but it is what…
Craig
Sorry to hear that.  If machines are keeping someone alive here, does a living will really matter if you state you don’t want to be kept alive if on a machine?  Does the same nurse or doctor think karma will…

gummy
19 hours ago, MikeW said: I'm going through that now my was diagnosed with a tumor last year she has no control of her bladder and no quality of life  I am so sorry to hear that and I know…
TobyAndrews
Women have a right to abortion, but other women nurses and doctors have a right to state I am not assisting because it is against my religion to assist. Another matter is, yes a woman has a right to an…