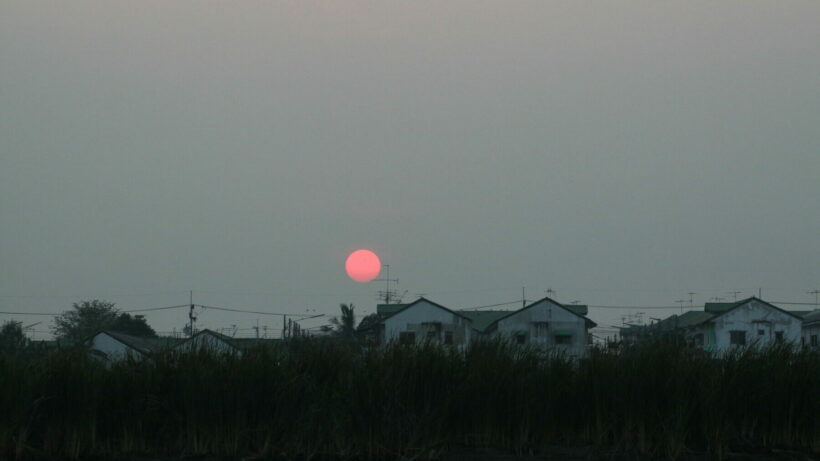 An Indian man was arrested allegedly killing a man and then dismembering the body because he thought the victim reported him to immigration for overstaying his visa. Officers found the mutilated remains of 52 year old Mahesh Singh, also an Indian national, in Pathum Thani’s Thanyaburi district around 11am yesterday. His body had been cut into two pieces.

29 year old Raviprakash Singh was arrested on charges of murder and concealing a corpse. He allegedly confessed to killing Mahesh and took officers to a bridge where he had dumped the body. On Sunday, Raviprakash invited Mahesh to his room and bashed his head with a metal bar, the suspect allegedly told police. He then allegedly dismembered the body and left it under a bridge nearby.

Police say the two men had a land dispute back in India, and Raviprakash believed Mahesh reported him for overstaying his visa. Raviprakash had been arrested twice for overstay. He had been let out on an 80,000 baht bail by the Thanyaburi Provincial Court.

On Monday, the court had ruled to deport him, but the proceedings were delayed when the victim’s brother, Surya Pratap Shahi, filed a missing person report. With Raviprakah’s past associations with Mahesh, he was questioned about Mahesh’s whereabouts. Police say Raviprakah then confessed to the murder and Suria, the victim’s brother, confirmed that Raviprakash had invited his brother to his room.

Fluke
1 hour ago, Faraday said: Was that his brother?. Seems a bit harsh if it was.... No , he is Balen Singh on the bench

Thailand to prioritise vaccination of over 50s, who make up 80% of Covid deaths