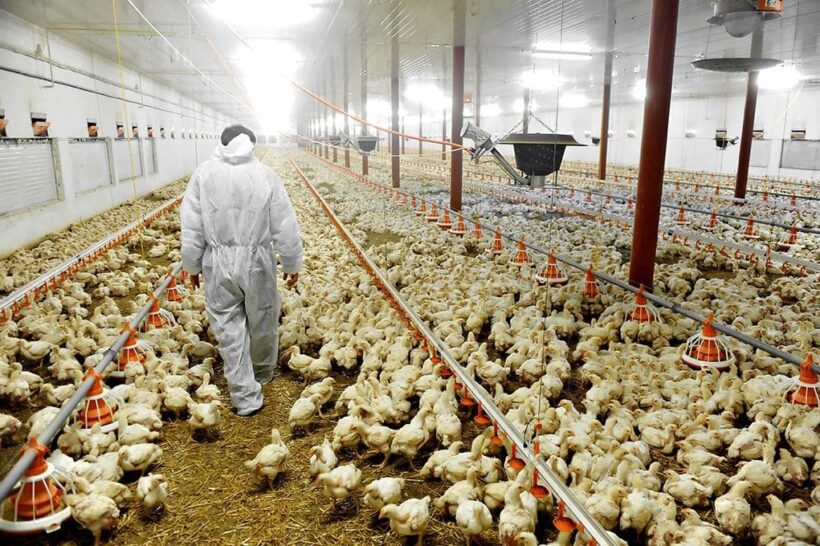 The Livestock Development Department is imposing a 90 day slowdown of imports into or transit through Thailand of birds and poultry, as well as their carcasses from Russia, Togo and Congo to prevent a possible spread of the highly pathogenic avian influenza HPAI H5N1 virus in the country (bird flu).

Thai PBS reports that the department’s previous announcement for a temporary suspension of the import into or transit through the country of birds and poultry such as chicken and geese from Russia expired on November 5, but the World Organisation of Animal Health reported that the highly contagious virus is still spreading in Russia due to the migration of sick birds and poultry, hence, the necessity to extend the temporary suspension for another 90 days as of November 29 since the publication of the announcement in the Royal Gazette.

Similar announcements were also issued for birds and poultry from Togo and Congo where HPAI H5N1 is spreading.

Thais need to have more babies to reverse declining population