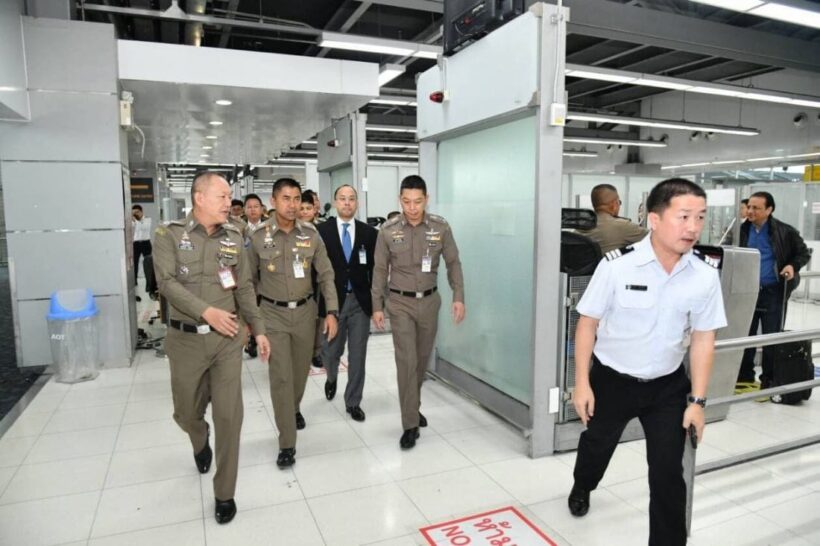 The acting Immigration Police chief Pol Maj-General Surachate Hakparn, who recently was promoted to the job because of his relentless crackdowns on foreigners, is vowing to continue with his mission of removing overstaying or illegal foreigners.

But netizens are raising questions of racism, as a large proportion of the foreigners nabbed in recent months were of African descent. Surachate insists this is all part of his job to weed out overstayers and foreign criminals.

He cites the most recent case of two South African men – 33 year old Dladla Prince Nkosinathi and 35 year old Benjamin Moloi – who were arrested for drug offences and visa overstays.

Nkosinathi was nabbed on Sunday at Central Bang Na with 4.1 grams of cocaine that he was about to deliver to a local buyer. Police investigators learned that the cocaine supplier was an African man living in the Sukhumvit area. When police searched Nkosinathi’s rented room, they came upon Moloi, who had overstayed his visa by 359 days and claimed to have been looking for a job as a football player.

Football was also used in another recent case. A 27 year old Ghanaian was caught with forged documents that showed him to be a player of Ayuthaya City Football Club. Wilson Zack Kofi would got away if his other document had not displayed the name of another club – Sa Kaew FC. It was this mismatch that caught the attention of Immigration officials, who launched a probe and discovered the alleged forgery.

Since both clubs denied knowledge of the man, Kofi’s visa was revoked on grounds of being a “danger to society”. The suspect confessed to falsely using the clubs’ names, Surachate said.

In another case, Surachate said a Chinese man identified as ‘Ma Pho’ and his five Thai associates were arrested over allegations of the former using the five locals as nominees to open and operate a para-rubber bedding business in Bangkok’s Huai Khwang district.

Surachate said initial investigation showed that Ma Pho had provided all the capital for the business, hence this was a “business nominee” case, which violated the 1999 Foreign Business Act. This offence is punishable by a maximum three-year jail term and/or a fine of 100,000 to 1 million baht. He added that police were also hunting for two other Thai suspects Thanwit Binsa-lae and Tukta Eiumsai in relation to the case.

Meanwhile, in a move to lure more foreign visitors Surachate is working on securing waiver of visa fees for travellers from 22 nations, including Taiwan, for a 60 day stamp from November 15 onwards. He is set to put his proposal forward to the Cabinet today.

The top cop also checked on officers at Suvarnabhumi Airport yesterday morning to ensure their preparedness and ordered an improvement in Immigration queues to accommodate the many visitors.

No more smoking in public in Thailand