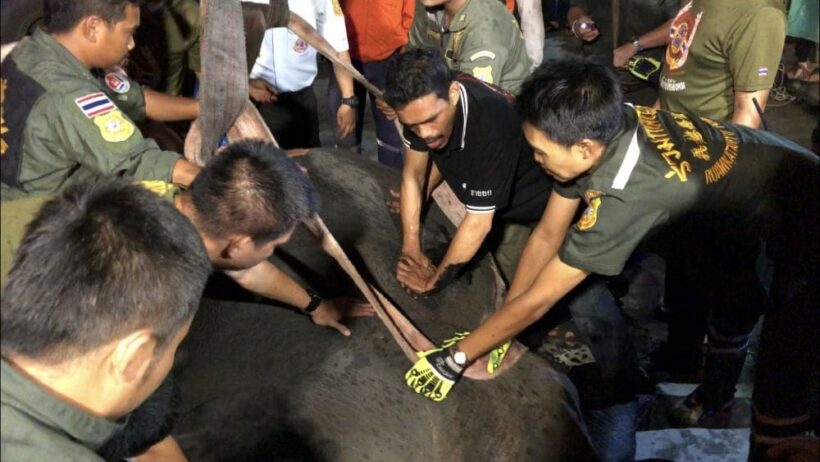 An elephant has been electrocuted while being led by its owner to beg on the streets of Samut Prakan after it accidentally fell into a road drain and broke a restaurant sign’s power cable.

The Nation reports that the Bang Phli police were alerted at 9.50pm that an elephant had been shocked unconscious on Thepharak road in front of Wat Bang Phli Yai in Samut Prakan’s Bang Phli district.

The police coordinated with the Portecktueng Foundation and Samut Prakan’s Livestock Development Office. Rescuers from the foundation arrived at the scene first and used a crane to lift the elephant from the drain.

In an operation that was broadcast on Facebook Live, the rescuers tried to resuscitate the elephant with advice from Phattarapol Manee-on, a veterinarian of the National Park, Wildlife and Plant Conservation Department.

Later on, vets from the province’s Livestock Development Office arrived to give it an injection for heart resuscitation. Some 20 vets and rescuers tried unsuccessfully for another two hours to revive the majestic pachyderm before the vets pronounced it dead.

Its owner, 15 year old Phansa Yanamkham, was arrested and charged with moving an elephant out of its province without permission, said Suraphan Noisa-ard, chief of the Bang Phli Livestock Development Office.

Phansa said he and his elephant, Phan Larn (Billion), came from Surin to make a living by asking passers-by to purchase food for the elephant.

Phansa said he and the elephant had stopped at the car park of a shabu shop to sell elephant food to shop patrons. When they were leaving, the elephant stepped on a wooden lid of a manhole drain.

The lid broke, and as the elephant fell into the drain, it broke the power cable of the shop’s sign, causing a short-circuit that electrocuted it. Phansa said he shouted to the shop to pull the sign’s plug and people in the neighbourhood contacted the authorities for help.

Surphan said vets from Lampang would perform a post-mortem on Saturday to determine the cause of death. 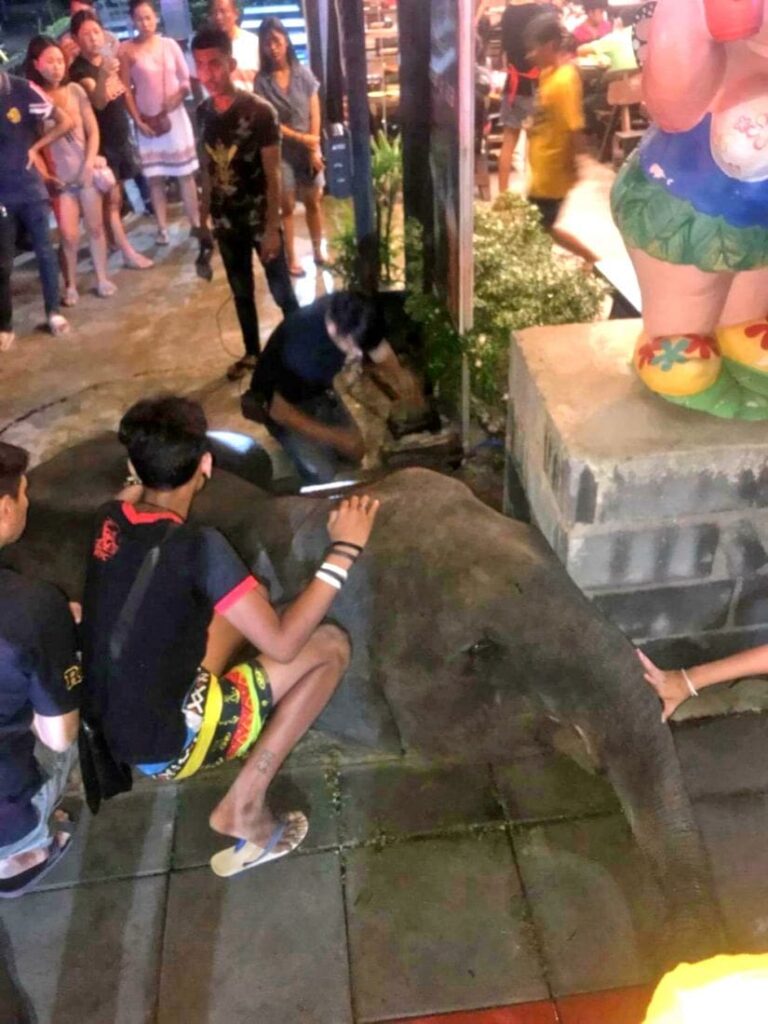