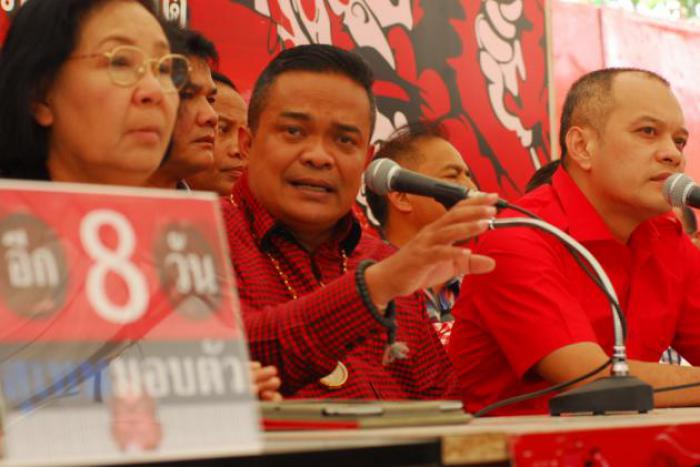 Drop election if too dangerous: Army
The Nation / Phuket Gazette

PHUKET: Election Commission (EC) secretary general Puchong Nutrawong said the Army had told him that if the next general election was likely to result in bloodshed, or would be too difficult to arrange, the EC should drop it.

Puchong was speaking after attending a meeting with Army chief General Prayuth Chan-ocha together with many senior bureaucrats yesterday.

Earlier, EC member Somchai Srisuthiyakorn said the caretaker government had submitted a request to the EC asking for the general election to be postponed to August 3, from an original schedule of July 2.

Puchong said the EC would call a meeting of its own today to discuss what to do next after martial law took effect. He said he regarded the law as a tool to constitute peace and order. He said it would also be taken into consideration along with other laws regarding arrangements for the next general election.

In a message received from the government, Somchai said interim government leader Niwattumrong Boonsongpaisan had also submitted requests for other conditions. They included that Niwattumrong was legitimate in operating as the interim prime minister to submit to or receive from His Majesty the King any command. Niwattumrong had also asked the EC to give a reply to his requests by Friday, said Somchai.

Somchai, speaking before the meeting between Prayuth and the senior officials, said that under the current political situation, the EC would also need to discuss the general election with the military. “Discussing the election [date] between the EC and the [caretaker] government alone would not be sufficient, without the military being involved,” he added.

Business groups hail army move if there is no coup