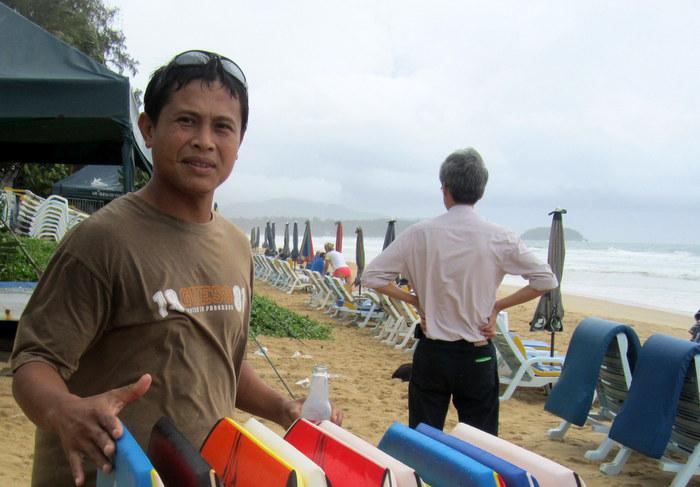 PHUKET: Phuket lifeguards say they expect to sign their new contract and be back at work by next Tuesday at the latest and possibly as early as this Saturday.

A dispute over the terms of the contract led lifeguards to walk off the beaches on April 27, when their last contract concluded (story here).

One drowning death, that of 26-year-old Supachet Ngamsong, a visitor from Northern Thailand, on Sunday, has already been reported on the lifeguard-less beaches (story here).

“We just had a meeting about the contract and when we can get back on the beach. We want it to be as soon as possible because the sea is starting to get rough and dangerous for swimmers,” said Uten Singsom, Kata-Karon chief lifeguard.

“We have yet to decide what day we will go to the Phuket Provincial Administration Organization (PPAO) to sign the contract. It will be some day this week,” he added.

Lifeguards have been waiting for their equipment to be fixed before signing the contract and reporting for duty.

“Using broken equipment could be dangerous for both the lifeguards and the victims,” said Mr Uten. “Hopefully it will be done in two days, as we were told. The shop is in Phuket.”

Phuket Lifeguard Club President Prathaiyut Chuayuan reconfirmed today that the terms of the contract are 22 million baht for 88 guards in 38 stations (story here).

“We will sign the contract as soon as possible so we can go back to work,” said Mr Prathaiyut.

“Once we sign it, we will be ready on the beaches within three days,” he added.