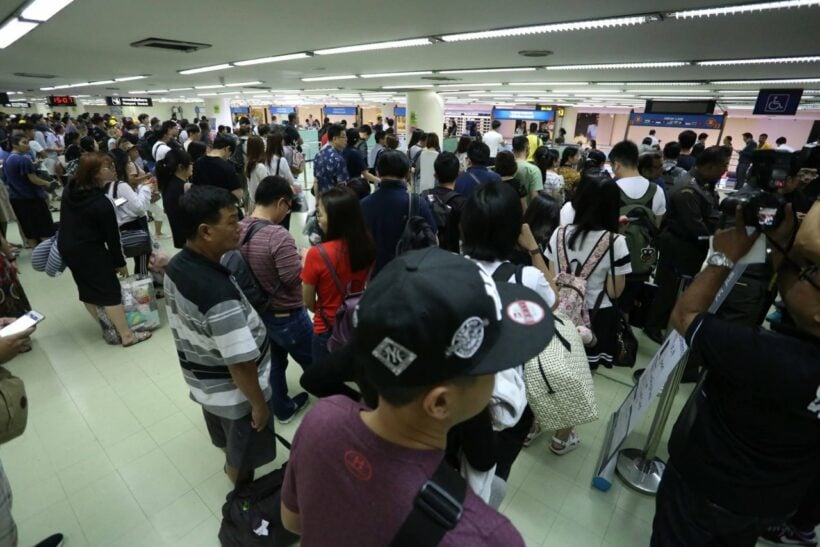 The ideas are coming thick and fast now, a week after an estimated 4,000 passengers had to wait nearly five hours to be processed at Don Mueang Airport, the capital’s secondary airport catering mainly for budget airlines. last Saturday night.

The Thai PM says he’s instructed the Immigration Bureau to open all counters for service. If they faced a shortage of manpower Prayut ordered Air Force Commander-in-Chief ACM Jom Rungsawang to employ his officers to help.

“If all-out efforts from the Immigration Bureau, Airports of Thailand and the Ministry of Transport cannot deal with the congestion we will find another solution,” he said.

Prayut said there were several reasons why the process was very slow, which included the small space at the passenger terminal which has a capacity for 1,000-2,800 people but sometimes there were as many as 4,000 passengers arriving at the same time.

He said he was not sure whether the terminal could expand the space.