The carcass of a Bryde’s whale has been found near a mangrove forest in Samut Prakan today.

The Department of Marine and Coastal Resources report that they were notified by staff on an oil ship three days ago that the Bryde’s whale was found dead floating in the sea off Samut Prakan.

The DMCR officers searched for it at the time but failed. Today the dead Bryde’s whale was located near a mangrove forest in Samut Prakan. Its remains were taken back to find the cause of death. 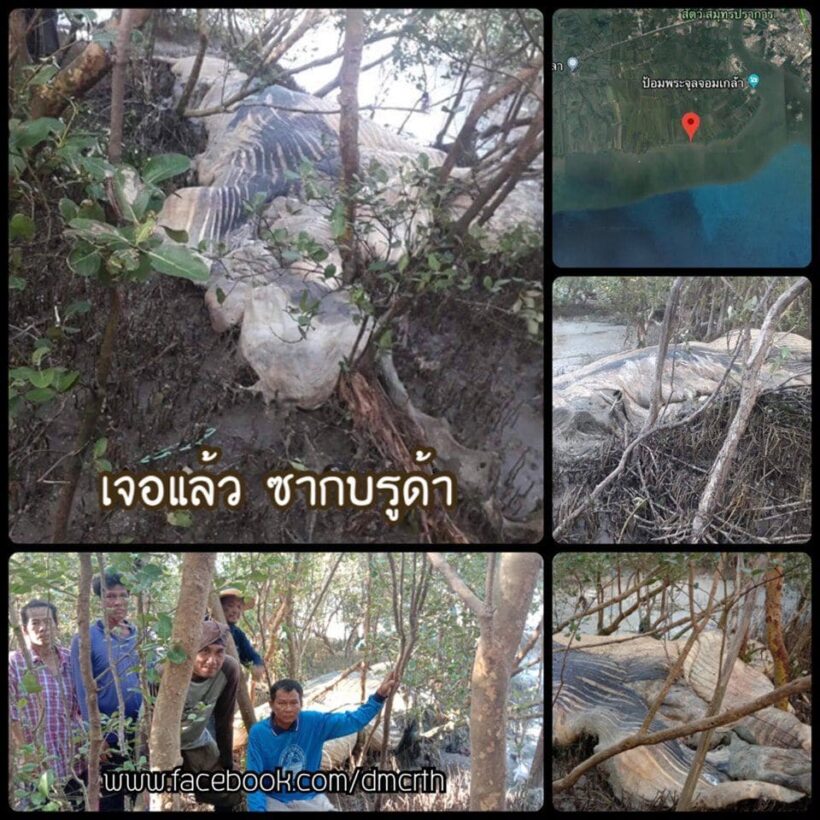 Thai DLT to look at legalising GrabCar and GrabBike