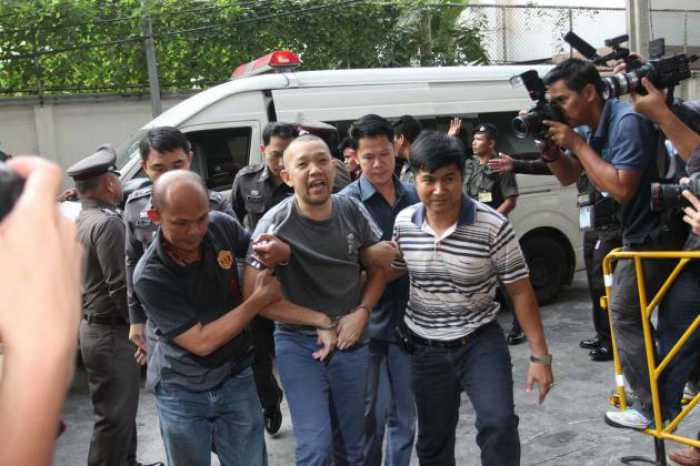 PHUKET: Two crime-fighting agencies agencies have been assigned to investigate a series of high-profile arrests – including Central Investigation Bureau Commissioner Lt Gen Pongpat Chayaphan – over a longstanding contraband petrol trade that may have been used to back insurgents in the Deep South.

Justice Minister Gen Paiboon Koomchaya said the DSI had found that insurgents and those involved in the petrol trade had reciprocally supported each other and the illegal activity involved unidentified government officials.

The heads of the Anti-Money Laundering Office (AMLO) and the Department of Special Investigation (DSI) met with Gen Paiboon and were told to investigate the matter.

Gen Pongpat had been the subject of an asset seizure, Gen Paiboon said, following the discovery of a huge amount of cash and other assets at his home. The cache has not yet been witnessed by the media.

National police chief Gen Somyot Poompanmoung said more details surrounding the arrest of Gen Pongpat and other police would be revealed at a press conference this morning.

Royal Thai Police spokesman Lt Gen Prawut Thawornsiri said two civilians wanted in connection with the illicit scheme – husband and wife Chob Chinprapha and Tiyaphan – had been apprehended and were being questioned in police detention.

A total of 10 suspects were taken to the Criminal Court for detention yesterday morning.

According to news reports, some suspects were released on bail. But later unconfirmed reports said all 10 were still in custody and had requested to see their lawyers.

A large contingent of riot police were deployed at the Criminal Court, where a large number of media had converged.

In further a development on the case, Gen Prawut said a civilian, Sawong Mungthiang, had contacted police to turn himself in. But civilian suspect Ruengsak Saknarongdej was still on the run.

Former Crime Suppression Division commander Maj Gen Chaithat Bunkham was transferred but has not been charged as no evidence has been found implicating him in the scandal, but Gen Chaithat is subject to a disciplinary investigation slated to conclude in 30 days.

Before taking the helm of the CIB four years ago, Gen Pongpat was known for busting crimes as a police officer, and was given several high-profile positions including the influential post at the Crime Suppression Division.

Of the cases he handled successfully, many involved international crime syndicates and drug traffickers, along with corruption cases involving Thai government agencies.

A graduate from the Royal Police Cadet Academy in the same class as national police chief Gen Somyot and deputy chief Gen Pongsapat Pongcharoen, Gen Pongpat climbed the career ladder fast after serving at several Bangkok-based police stations, before he was transferred to CSD and finally took the top post.

He has also undergone several domestic and overseas training sessions and has also given lectures at many police or civilian academies.