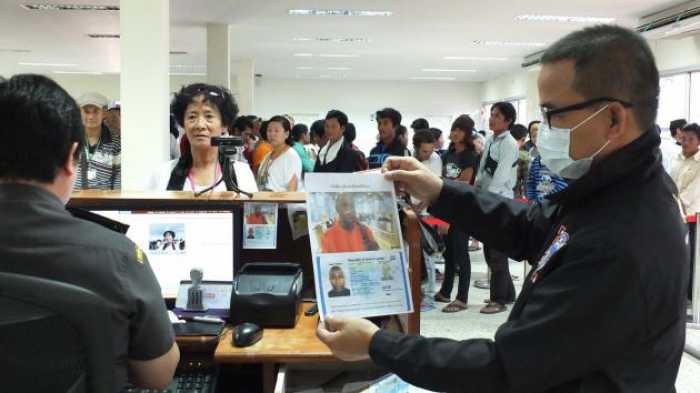 PHUKET: The Public Health Ministry has sought police help to try to locate a Sierra Leone man who failed to report for a mandatory 21-day observation to see if he develops Ebola symptoms.

Samuel Sesay, 31, was healthy when he flew into Thailand about two weeks ago. However, the inability of health officials to contact or find him at the hotel he said he would be staying has led to concerns.

In a bid to prevent an outbreak of the deadly disease in Thailand, the ministry requires all people travelling from Ebola-affected countries, including Sierra Leone, to provide details on their health condition to the ministry every day for 21 days.

“There have been eight people on our observation list. Of them, only this man has lost touch with us,” the ministry’s deputy permanent secretary Wachira Pengjuntr said yesterday.

Officials from the Bureau of General Communicable Diseases have lodged a complaint at Yannawa Police Station and asked for help in locating Sesay.

“At the time he entered Thailand, he didn’t have any fever or any other symptoms,” Wachira said.

“He’s not a suspected Ebola patient. But we require him to report his health conditions to us in line with a strategy to prevent any outbreak of Ebola.”

During the past week, it was reported that there were about 1,000 new Ebola infections in Sierra Leone.

Wachira said the Ebola surveillance was designed to benefit everyone. If an Ebola infection was detected early, there was a better chance of recovery.

“If convicted of violating our surveillance requirement, offenders face a maximum fine of Bt2,000,” he said.

He said the incubation period of Ebola was 21 days, and so was the surveillance period.

As of press time, police and health officials were searching for Sesay in various areas.

Immigration officials said there was no record of him having left Thailand.