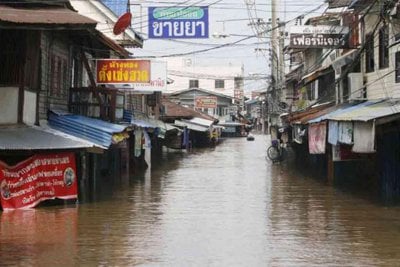 ACN chairman Pramon Sutivong said the group is inviting people to join its campaign for 2012 across Thailand, including Phuket to watch post-flood recovery efforts, which the government has said will involve restoring infrastructure including roads, railways and government buildings, as well as other projects.

Pramon said the network would organize a training program to mobilize public support against corruption, and is following closely reports that suggest mismanagement of flood-relief bags by the government and a burglary at the house of the permanent secretary for transport that has sparked reports of stashed proceeds from graft.

The many recent reports of suspected corruption cases indicate that the problem is getting worse, he told a press conference at the Stock Exchange of Thailand.

“We will recruit more volunteers and give them training in monitoring corruption,” he said.

The chairman vowed to impose social punishment on private firms found to be handing bribes to state officials and politicians.

The new campaign also aims to raise awareness among the public about corruption, he said.

Pramon said the National Anti-Corruption Commission would soon require private firms doing business with government agencies to declare their assets if they win government procurement projects worth Bt2 million or more. The new law, which will take effect in April, is aimed at keeping private firms from offering bribes to high-ranking government officials and politicians, he said.

Sompol Kiatphaibool, chairman of the SET, warned that officials who are aware of corruption cases but do not take action to expose or eradicate them could face criminal charges for neglecting their duties.

Saowanee Thairungroj, a researcher at the University of the Thai Chamber of Commerce, said corruption appears to be worsening, as measured by the Thai Corruption Perception Index. The index dropped in November to 64.4 from 65.4 the previous month. The future index, which gauges current views on the likely situation regarding corruption in the future, also declined to 90.8 from 93.9 last month, she said.

Compared with other countries, corruption in Thailand appears to have decreased a little this year, with the nation ranking 80th among 183 countries on the 2011 Corruption Perception Index (CPI).

Last year, Thailand was placed the 78th among 178 countries monitored in the survey.

The country received 3.4 points on a scale of 0 to 10. Ten points means a country has a low corruption level, while zero equates to a high level of corruption.

Regionally, Thailand was ranked 10th among 26 Asian countries, with Singapore getting the highest transparency score in Asia of 9.2 out of a possible 10.

Most countries on the list scored less than 5, Juree said, with only 49 countries receiving more than that level.

New Zealand was ranked the least-corrupt country with 9.5 points, followed by Denmark and Finland at 9.4 points, while Somalia and North Korea were jointly rated the most corrupt in the world with a 1.0 point score.

Thaksin to get Thai passport as ‘New Year’s gift’