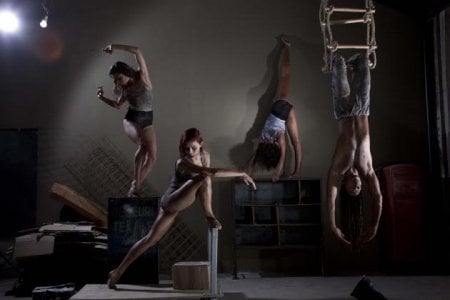 Dance Festival moves to Chiang Mai due to flooding
The Nation

Thanks to the flooding, the Dance Center has not only postponed its International Dance Festival but relocated it from Bangkok and shortened it. It’s set for tomorrow.

“This is the 11th edition and the first time we planned for November – in consideration of better weather and what happened last March and April in Bangkok,” says artistic director Vararom Pachimsawat, referring to the 2010 political upheaval. She’s been operating out of Chiang Mai for the past month.

“But in the end we had to cancel many shows originally planned for a much larger-scale festival.”

Fortunately, three of the foreign acts could adjust their schedule, and the festival will proceed – but in Chiang Mai.

“This isn’t the first time it’s been held in Chiang Mai,” Vararom says. “Two years ago we had parts of our festival here, in Bangkok and in Phuket.”

Staging the festival in the North involves a different perspective, she says.

“I think audiences in Bangkok, thanks to many events over the past decade, know what contemporary dance is and what they can expect. Chiang Mai is like in Bangkok a decade ago, though, and many people are prejudiced against it.

“But there are artists in related fields who are interested, and we’ve been working with many professors from Chiang Mai University.”

The programme starts early tomorrow afternoon with two workshops. Choreographers Felix Dumeril of Switzerland and Chiara Rosenthal of Italy will respectively give overviews of contemporary dance and choreography.

Then there’s a screening of the dance film “Collective Identity”, which examines “the idea of building a collectivity by destroying the personal identity”.

Romanian Sandra Mavhima of the Sandra Ingrid Dance Company will answer questions after the screening. “It’ll be interesting,” says Vararom, “since the idea of a dance film is relatively new in this country.”

Students of Russian Ballet Thailand will next take the stage with excerpts from “The Nutcracker Suite”, followed by solos by Chiang Mai Ballet Academy students, top-prize winners at the recent Asia-Pacific Dance Competition in Singapore.

The evening features a double bill – “T42” and “Last Number”.

“T42” is a duet by Dumril and Misato Inoue of Japan, who share the company T42 Dance Projects. “The 38-minute piece shows differences in cultures,” Vararom notes.

“She was inspired by the Chinese board game Snakes & Ladders, and exploring the philosophy behind the numbers makes it a fascinating concept. In the end it shows how human life is closely connected to the nature around us.”

Proceeds from the festival will be donated to the Red Cross for flood relief.

– The International Dance Festival is at the Playhouse Entertainment Complex on Changpueak Road in Chiang Mai tomorrow (Saturday).

– Tickets for the evening double bill cost 1,000 baht for adults and 500 baht for students.