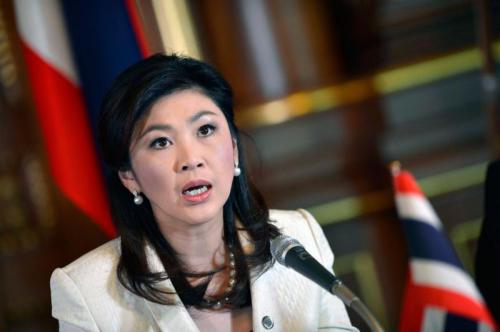 Yingluck pleads with protesters to stop
The Nation/Phuket Gazette

PHUKET: Prime Minister Yingluck Shinawatra went on TV today to issue an urgent plea to all groups of demonstrators to stop their protests, saying that the government had aborted the amnesty effort.

Ms Yingluck said that the House of Representatives had voted this afternoon to remove all the pending amnesty and reconciliation bills from the House agenda.

“All sides have made clear their intention to halt the amnesty process,” she said.

She went on to say that people should use their own judgment, consider information from all sides and not believe rumors, so that the country could move forward.

Ms Yingluck promised that the government would not use force against the protesters and would not use troops to control the situation. Her administration would use only the police to keep law and order, she said.

Protesters were asked to believe that the government would not break its promise, and told to go home to prevent any further suffering.

The statement was Ms Yingluck’s third urgent statement this week.

Her first statement was made Tuesday and the second one yesterday.

She made the announcement today after holding a meeting with security agencies at Government House.