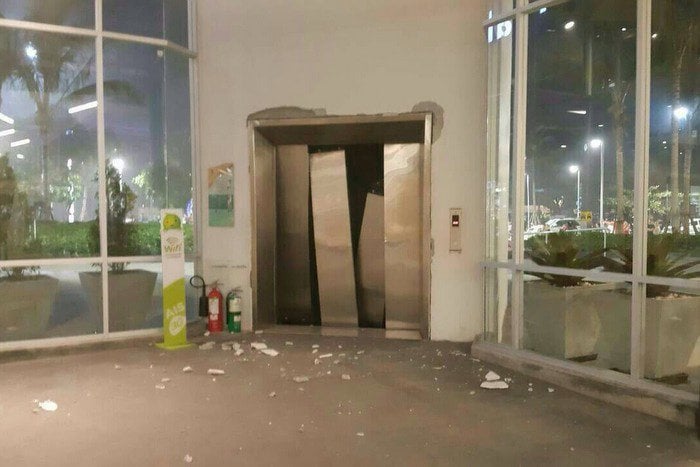 PHUKET: A bomb hidden in a car parked at the Central Festival Samui exploded late last night, injuring five people, including a foreigner.

Police said that the blast occurred at 10:30pm. Surat Thani Governor Chatpong Chatphum said that the attacker had hidden the bomb in a Honda Jazz that was bearing a fake licence plate from Chon Buri.

The car, which was parked in the underground car park of the store, was severely damaged in the blast. Ten other vehicles were also damaged.

Nearly at the same time, a fire destroyed the cafeteria building of Surat Thani Cooperative. The blaze occurred after two explosions were heard.

Some 20 fire engines rushed to control the blaze that swept through the building. Cooking gas cylinders also fuelled the fire.

Governor Chatpong said that the two explosions were heard before the fire started. The authorities have yet to check whether electrical transformers at the site had exploded or not. The governor said that no one was injured in the fire.