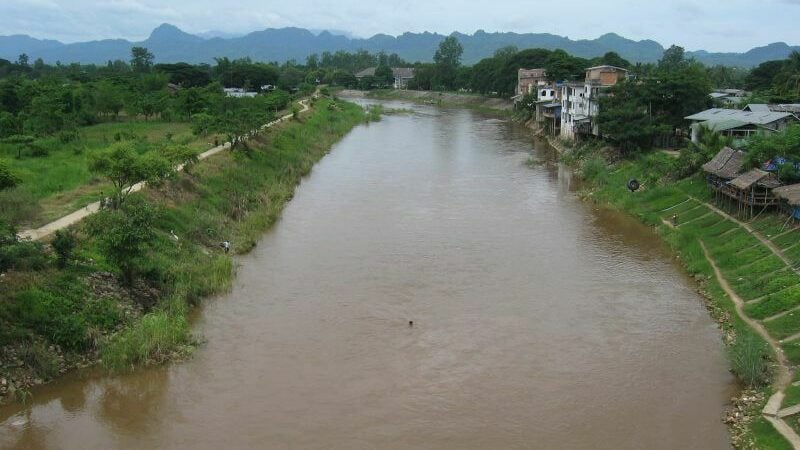 8 women were arrested for allegedly crossing the Moei River in Myanmar into northern Thailand’s Tak province, early this morning. The women carried “personal baggage” and were apprehended in a corn plantation by a 4th Infantry Regiment patrol. Local villagers had alerted officials to the crossing which led to the arrests.

The women’s ages ranged from 22 to 32. They were subsequently taken to a field hospital at the Mae Sot Sport Stadium. They will be quarantined at the stadium hospital and tested for Covid. After the quarantine/test is complete, they will be taken to the Mae Sot Police for further legal proceedings, says a government official.

The women were reportedly Thai nationals.

It was not reported what was in the baggage or why they were making the crossing.

Graham
They were obviously trying to dodge the ASQ bill now that the free quarantine for Thai's is finished.
HolyCowCm
6 minutes ago, gummy said: Ah the days of the wet T-shirt competitions. Nipples like chapel coat pegs Ahhh yes! And considering since most aren't over blossoming here in this world area and these gals not old at 22 -…

gummy
Just now, HolyCowCm said: Aren't most a tad bit too old for you? As the old saying goes "You don't look at the mantlepiece when you are poking the fire" ?