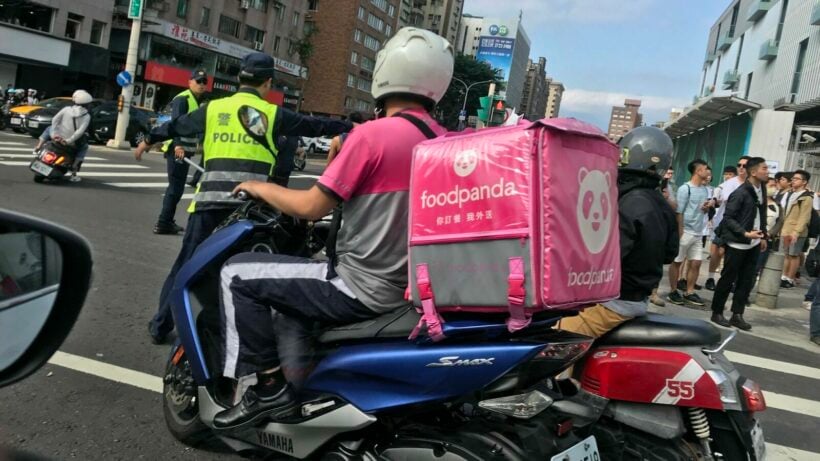 Foodpanda is being excoriated today following the food delivery service’s announcement that it was going to fire an employee for attending a pro-democracy protest. Users and restaurants of the service say they will boycott the service.

The boycott (or pandacott) come after the service said it planned to fire a rider who was photographed at a protest. The company says the protest falls under the company’s policies against “violence and terrorism”.

The rider allegedly burned a royal portrait. Foodpanda’s promptly said it would review the matter and dismiss the rider.

Thailand’s law’ Lèse-majesté laws state strictly forbid anything that is deemed insulting to the monarchy. However, the law has been openly scrutinised since last year as people demand changes to the law.

Calls to boycott/ban Foodpanda (#BanFoodpanda) starting trending yesterday, with over 1.2 million tweets. A plethora of customers have claimed they deleted their accounts and removed the app from their phones.

However, one person, Nok_KN, tweeted that their ability to delete their Foodpanda account had disappeared.

Following the outcry for its boycott/bad press, Foodpanda responded with an apology for its “hasty response”. The service says it’s sorry for any disappointment they incurred as a result of its plans to fire their employee for civil disobedience.

Komdech “Chris” Kongsuwun, who is the owner of Chris Steaks and Burgers, says that they will “shut” their operation via Foodpanda until they can cancel their partnership, or the delivery service makes changes.

Further, the owner of a BBQ establishment “Yang Hai”, says their restaurant is dropping Foodpanda. They also say Foodpanda will lose at least 6,000 baht a day from each of their 300 restaurants. They then challenged them to pull a Will Hunting and calculate how much that would cost the company. Rotweiler
Trying (without success so far... why is it so damn difficult???) to cancel my Panda account.  I will never order from them again.  THETRUTH oh my...  you really are a troll.
HolyCowCm
4 hours ago, THETRUTH said: In this case, however, it's hard to not side with Foodpanda. The guy is seemingly wearing his work uniform and proceeding to break multiple laws. Even if it was only about speeding or running the…
harry1
yes boycott this organisation ,they soon took down their posting,calling the young courageous student terrorist ?? they are thailand very important future
HolyCowCm
I think the damage is already done according to my son. For us, even to today we have never used a food delivery service. Just not in our cards.