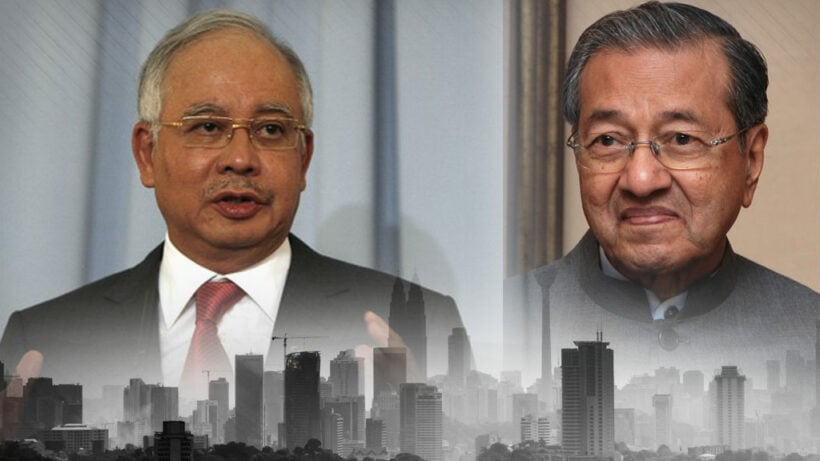 Just south of Thailand there is a looming political showdown that is likely to reshape Malaysian politics, no matter what happens at Wednesday’s polls.

It’s the country’s 14 election since independence.

On one side a politically-stained, long-sitting incumbent trying to cling onto power. On the other side an opposition led my the incumbent’s former mentor – the 92 year old Mahathir Mohamad, the country’s former PM.

By numbers, current PM Najib Razak should win, but a reinvigorated opposition led by the former PM is mounting a strong challenge in polls leading up to the election this week.

Even if Najib’s Barisan Nasional coalition wins, a drop in the party’s majority would likely see an immediate challenge to his leadership. After asking for solidarity within his party’s ranks over the the IMDB scandal there would be little latitude for sympathy if the people didn’t back the current PM in the polls.

1Malaysia Development Bhd (IMDB) was set up by PM Najib in 2009. The program was meant to turn KL into south east asia’s newest financial hub and boost the economy through strategic investments in digital and infrastructure projects.

But it started to attract negative attention three years ago after it missed payments for some of the $11 billion it owed to banks and bondholders.

The Wall Street Journal then reported it had seen a paper trail that allegedly traced close to $700m from the fund to Mr Najib’s personal bank accounts.

Mr Najib has denied the claims and his party has continued to back the bruised leader. A loss of seats for his party would be a disaster for the PM, his party already hanging on by a tiny majority. An electoral loss would be even more devastating and would surely spell the end of his career as Prime Minister, leader of BN and most likely curtail any future as a politician.

With the stench of IMDB still hanging in the air and a resurgent opposition smelling blood, the poll is turning out to be a referendum on Najib’s integrity as a leader, financial administrator and a man who can lead Malaysian into the future.

Five years ago, he and BN performed poorly. While his coalition stumbled across the finish line – a thin parliamentary majority it needed to form a government – it garnered only about 47% of the vote. Before then the coalition had won every election since Malaysia gained independence in 1957.

On the other side an unlikely contender, a 92 year old former strongman who was the Malaysian PM for 22 years. He retired in 2003. He’s now become the front man for an opposition he spent most of his years as PM vilifying – sworn enemies enduring countless legal battles. Not the least is Anwar Ibrahim, the deputy prime minister Mahathir once imprisoned for corruption and sodomy. Now they’re the political odd-couple trying to oust the standing PM.

The defacto opposition leader Anwar has given his support for Mahathir to stand as the prime ministerial candidate for the opposition, with Anwar’s wife Wan Azizah as Mahathir’s running mate. Anwar remains unable to contest because he is once again serving a prison term for sodomy.

Strange times indeed for the young south east nation that continues to struggle to find its feet amid its ongoing political turmoil and the creep of national religious ferver forcing politicians to shape policy around the country’s majority Islamic interests.

Wipawee wins in Krabi – fifth win of the year