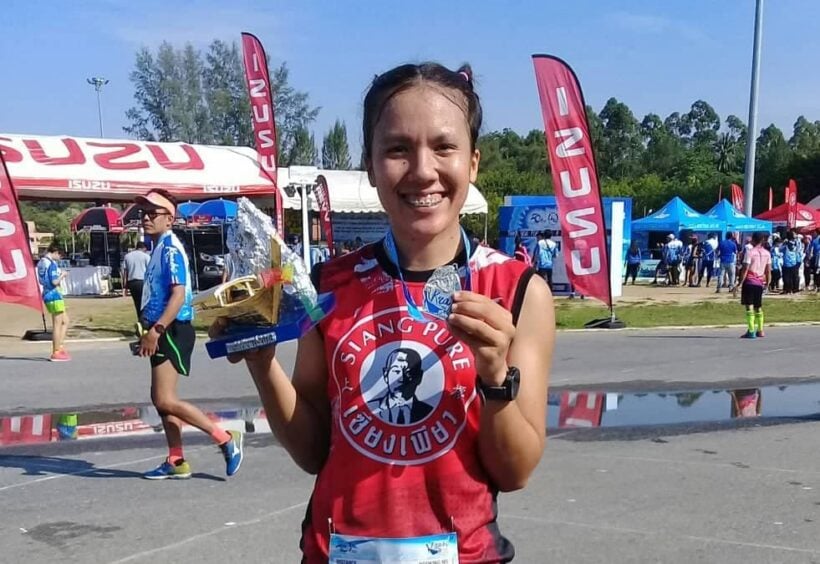 Race favourite Wipawee Pratumsuwan racked up yet another title, clocking 1:36.34 hours to win the women’s 21km race at the Bangkok Airways Krabi Half Marathon yesterday (Sunday).

The 27 year old assistant teacher, who spends most of her weekends competing, clocked eight minutes faster than runner-up Siriphat Bootjen, who crossed the finish line in 1:44.48 hours.

“I’m happy that I won again but I just wish I’d run it faster. There are so many slopes,” said Wipawee, who works at the Santi Suksa School in Chiang Mai.

She normally runs the half-marathon in one hour and 32 minutes. Wipawee has so far won five running races this year – the others were the 50K in Chiang Mai, 16K in Phuket, 10K mini marathon in Chiang Mai and the 10K Night Run in Chiang Mai.

Malaysian PM in a fight for his political life

Thailand’s drowning in a sea of plastic