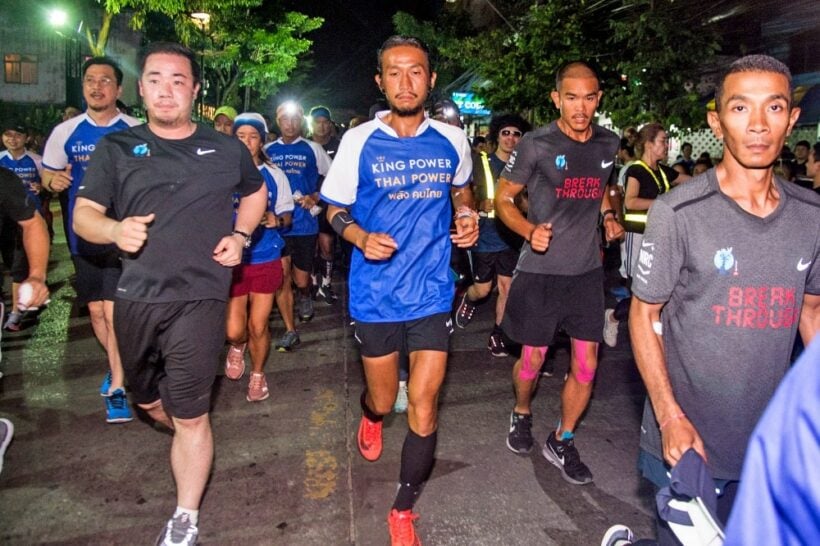 Toon and his group started the day’s first lap at 3:20am from their rest point in Ban Mae Prao village in Tambon Ban Huad in Lapang’s Ngao district when the mercury was about 10C or lower. The group had to wear jackets for the run. Local residents and hill-tribe children waited beside fires alongside the road to cheer on the fundraising star.

When Toon reached Wat Jong Kham in Tambon Ban Huad, he stopped and went inside to pay respects to the abbot, Luangpu Opas Opasa. The abbot blessed Toon and gave him a Buddha image and sacred rosary along with a donation of 100,000 baht.

At the temple, Toon found an 80 year old woman waiting, so he hugged her and she shed tears of joy. The old woman made a wish for Toon to reach his destination in Chiang Rai’s Mae Sai safe and sound.

70% of the illegal businesses on Laypang beach cleared. A few remain.