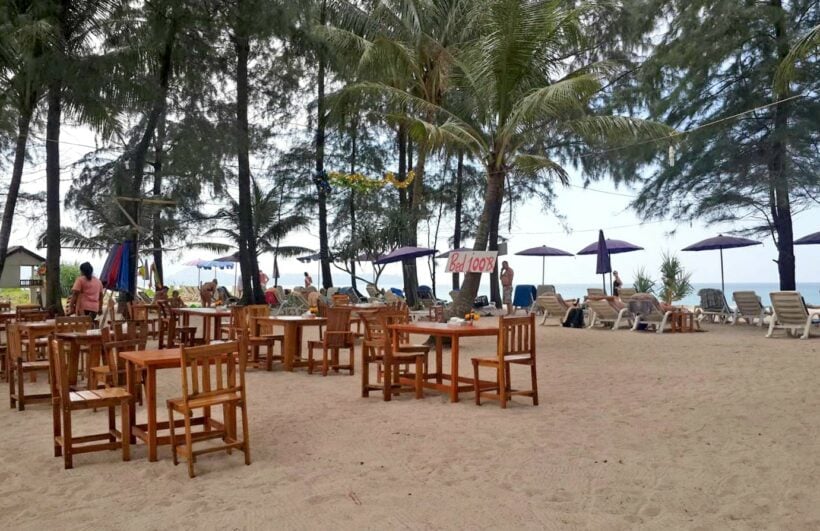 Cherngtalay’s OrBorTor President, Ma-Ann Samran, visited Laypang Beach yesterday (December 21) with about 30 military officers and local police to follow up on the progress of the demolition of encroached restaurants on Laypang Beach. The team found that 70% of the restaurants have already been removed.

After the Supreme Court passed down its judgement on November 1 that the 178 rai of land located on Laypang and Layan Beach is considered to be public beach land, the OrBorTor ordered the 9 restaurants along the foreshore precinct to move out and demolish their buildings. Though the majority have vacated, a few remain on the land signs still claiming they occupy the land. 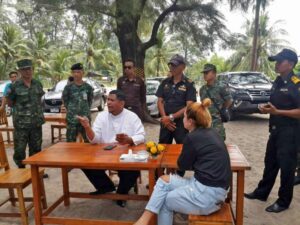 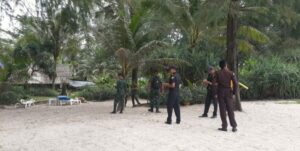 “Our visit today is to check if they have moved out already or not. We found that some of them remain on the land and some are also new people attempting to run businesses on public land. We need to crackdown on these remaining cases for which we will look into the law to see what we can do,” said Ma-Ann.

“We will visit the land again on January 2 which is the day specified by law enforcement. We found that the new people occupying the land started before the court judgement and claim that they have nothing to do with the 9 businesses that were judged to move out. However, if they’re still there on January 2 we will file the case to DSI and will oppose their bail. Four or five of the new businesses have already been reported to the police, and have also been bailed. I believe they are not the real owners but sent from the old ones to occupy the land.” 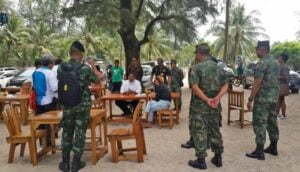 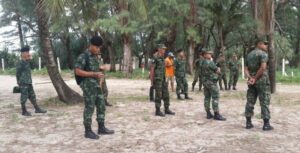 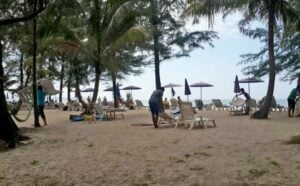 Strong winds in Krabi sweep a speed boat off its mooring