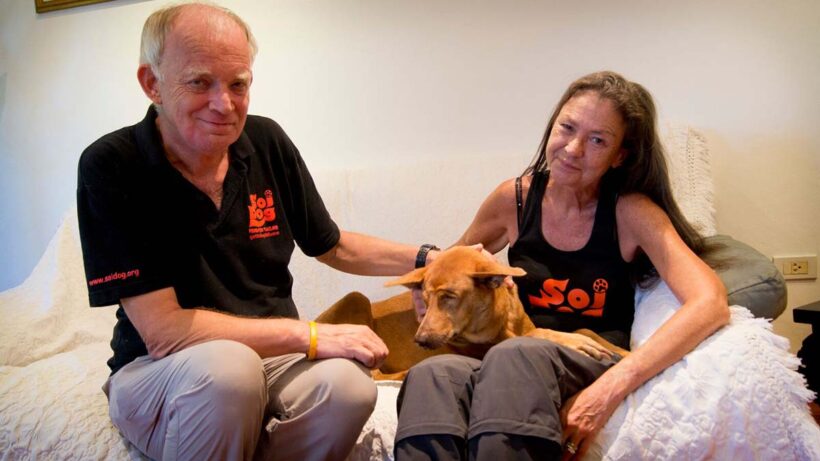 February 13 is known by Soi Dog Foundation as the International Gill Dalley’s Remembrance Day, in order to honour the kind heart of the co-founder of the foundation, Gill Dalley, who had dedicated her life working on the strays’ issue in Thailand.

Gill Dalley founded the Soi Dog Foundation in 2004 with her husband, John Dalley. The couple meant to end the suffer of stray dogs and cats.

In 2003, the couple moved and planned to have their quiet and peaceful retired life in Phuket but by 2004, they ended up working 14 hours a day, 7 days a week for the foundation.

The Dalley’s had noticed not just the sheer number of stray dogs and cats living on the streets of Phuket (an estimated 70,000 at the time), but also their appalling health conditions.

“We were a bit shocked at first. Most of the dogs were emaciated through malnutrition. Many had mange and were covered in sores. Some had open wounds which could have been caused by road traffic accidents, dog fights or human cruelty. Many of the wounds were infested with parasites and maggots, and riddled with infection. They were living on the streets without anyone to care for them. I wanted to find a solution to improve their lives, but was unsure how to do this. The scale of the problem was just so overwhelming,” said John.

The same year, a dog, which had been darted for sterilization, ran into a flooded buffalo field, knowing that the dog would quickly lose consciousness and drown, Gill ran in to rescue her. In that flooded field, Gill unknowingly contracted a rare form of septicemia. A few days later, she started to feel ill. She was taken to a hospital and was in coma for 6 weeks. She lost her legs from the infection. 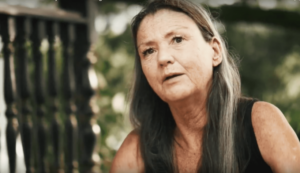 “I don’t think too many people achieve their goals, their aims, their dreams and I’m not of those people who’s going to go to the grave thinking ‘what if’”

“I got the best outcome, only losing my legs. I could have lost my life so I’ve a lot to be grateful for that I was given this chance to carry on doing the work that I love,” a quote from Gill after she got out from the hospital and got the amputation.

After the Tsunami disaster that killed more than 200,000 people, John and Gill volunteered with humanitarian effort to rescue the dogs left hurt and hungry during the flood.

This rescue put Soi Dog on the map drawing volunteers and donations from across the globe.

“Animals feel pain the same as we do. They need food. They need a doctor when they are sick. They need a safe place to sleep. They need somebody to love them. That is domestic animal. Wild animals are no different apart from the fact they don’t need mankind. We created these creatures, the dog. For me, we have a huge responsibility to take care of these creatures,” said Gill. 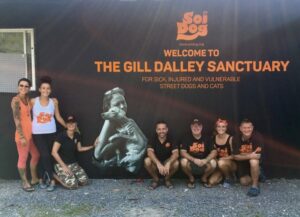 Gill was diagnosed with cancer and passed away on February 13, 2017 after a short battle. However, her dedication, vision and mission will be well carried on by the Soi Dog Foundation. Her efforts to improve the welfare of dogs and cats, resulting in better lives for them and human communities, to create a society without homeless animals, and to ultimately end animal cruelty gradually become more and more clear.

So far, Soi Dog foundation has sterilised more than 150,000 dogs and cats, while also providing life-saving treatment to them by the teams of vets, nurses, nurse assistants and staff in Phuket and Bangkok including mobile clinics in the two provinces and Koh Samui. The work will continue to other places as planned.

The Soi Dog Shelter has been renamed to Gill Dalley’s Sanctuary to remind staff, volunteers and visitor about the iron lady. 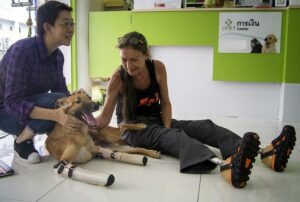