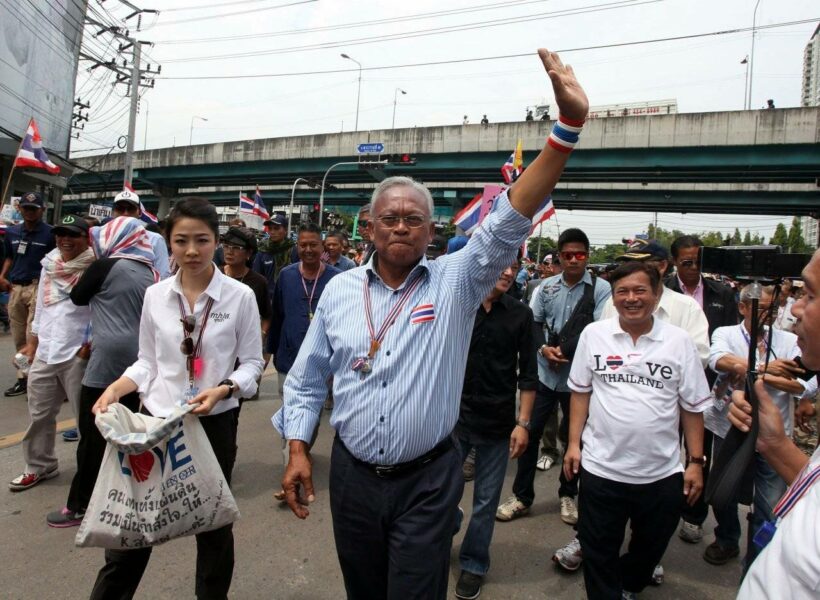 Watchara Petchthong said on Tuesday that the party would be named the People’s Democratic Reform Committee Foundation, of which Suthep is currently president. The ex-MP said the new party would affect the Democrats because party members and former MPs, as well as supporters, would be divided and some would leave the Democrats to join Suthep’s party.

Suthep resigned from the post of Democrat secretary-general and the party in 2013 to found a movement under the PDRC aimed at ousting then-PM Yingluck Shinawatra, following the notorious “blanket” amnesty bill passed by Yingluck’s Pheu Thai Party legislators.

His movement played a vital role in the 2013–14 Thai political crisis, organising large-scale protests in Bangkok. The protests led to a coup in May 2014 staged by then-Army chief Prayut. Suthep later dissolved the PDRC and set up the People’s Democratic Reform Committee Foundation in 2015. He could not be reached for comment on Watchara’s claim about the planned establishment of a new party.