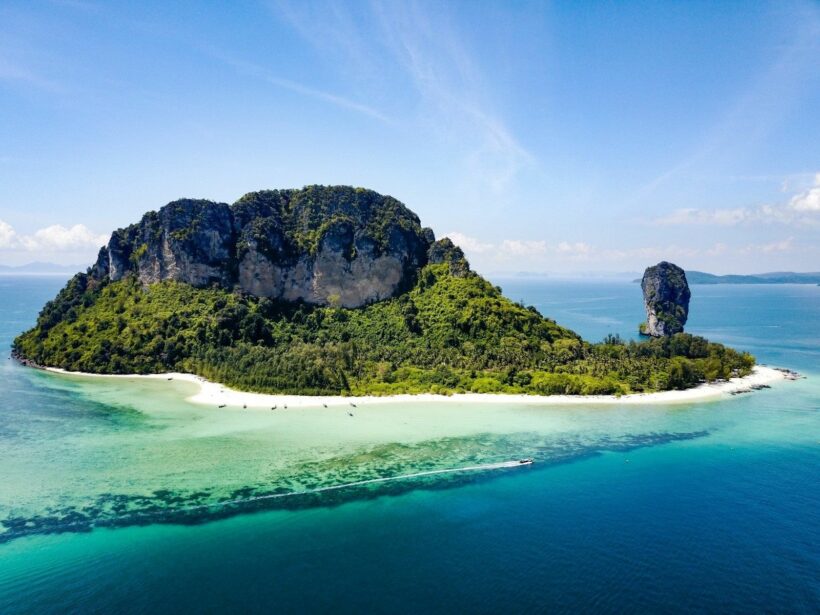 A former Krabi City Mayor is again fighting for Koh Poda after the court dismissed his appeal.

The Civil Court Region 8 has dismissed the case after former Krabi City Mayor Chuan Pukhaoluan, who claims he ‘owns’ land on Koh Poda in Krabi, sued three officials of the Department of National Parks, Wildlife and Plant Conservation (DNP) for eviction and illegal land possession on Koh Poda.

On August 16 the Appeal Court dismissed the appeal. Mr Chuan, who is a plaintiff, has to pay 900,000 baht in court costs

Mr Chuan says, “I will fight all the way up to the Supreme Court. I have to fight because this land plot is owned by me legally. I want to develop Koh Poda into a new landmark for Krabi.”

The case for ownership of Koh Poda has been dragging on since 1985, between the DNP and Mr. Chuan, all over a 50 rai plot of land. Mr Chuan had built a resort on the island. But in 2011 the Supreme Court judged that Mr Chuan couldn’t prove the case of ownership. The DNP demolished all structures.

After that Mr Chuan has claimed another SoKor 1 land document. Fences were set up and he took the DNP to court gain. If Mr. Chuan wants to pursue the case he will have to take the fight to a higher court.