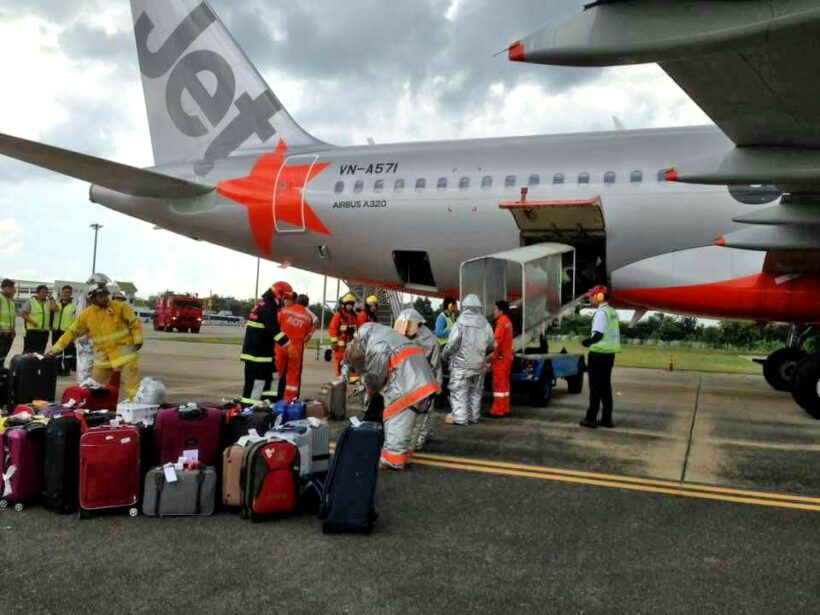 A Jetstar Airways plane flying from Vietnam made an emergency landing at Chiang Mai International Airport at 11.46am on Monday, officials said.

The flight had taken off from Noi Bai International Airport in Hanoi heading to India, they said. The Chiang Mai airport received the emergency landing request at 11:20am, and the plane landed safely. The plane had 181 passengers and crew on board. Its captain explained that smoke had been spotted in the cargo compartment, so the plane needed to make an emergency landing as a precaution.