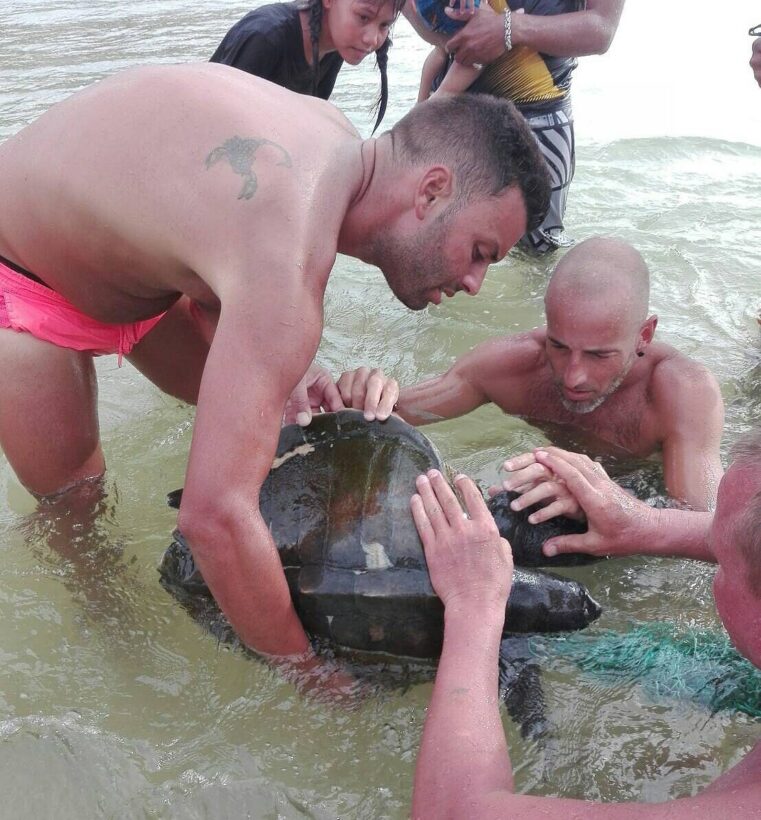 Yesterday at 4pm, swimmers at Nai Harn Beach found an Olive Ridley sea turtle near the shore. Its front left leg was severely injured from a trawler or motorboat propeller and its right front leg was mildly cut as well.

The lifeguards at Nai Harn Beach contacted Rawai Municipality and the Rare Sea Animal Division of Phuket Marine Biological Centre (PMBC) to come and check the turtle and take it for rehabilitation.

The officers say that the Olive Ridley sea turtle should was about 8-12 years old.

This is the second sea turtle found near Phuket yesterday as there was another one found earlier in the Taimuang District, Phang Nga. 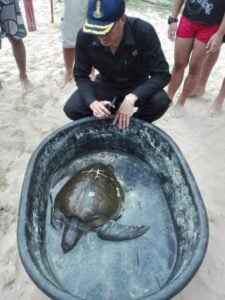 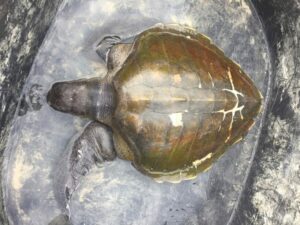 Poll welcomed by political parties and investors, but…