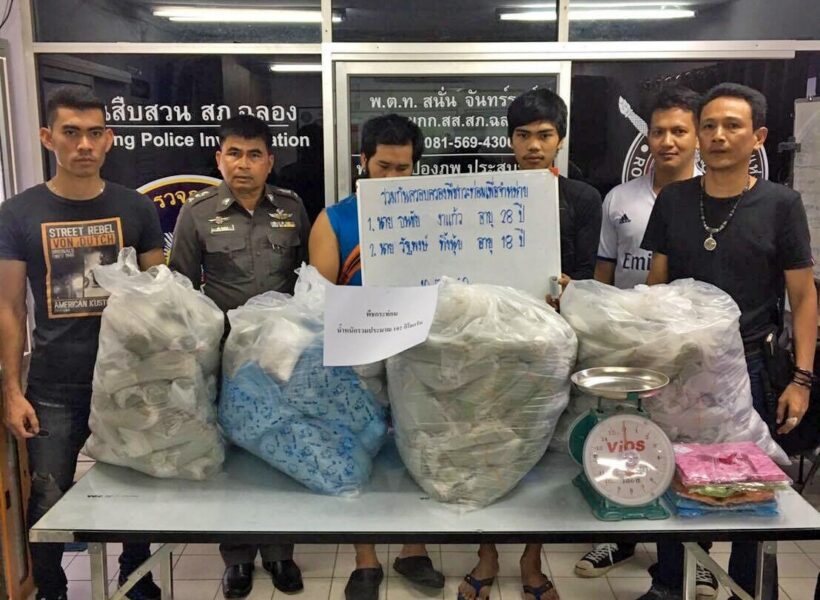 Two men, 28 year old Thanachai Ngakaew and 18 year old Ratthapong Tingnui, have been arrested with 42 kilograms of Kratom plants and 60 kilograms of fresh Kratom leaves on October 10.
The two were arrested at their rented house in Chalong area after police tracked them for a while after they had allegedly traded the drugs to local teenagers. They were charged with drug possession and intent to sell.
The arrests took place following a drug crackdown and ‘clean-up’ scheme initiated by Phuket police from October 6 – 15.