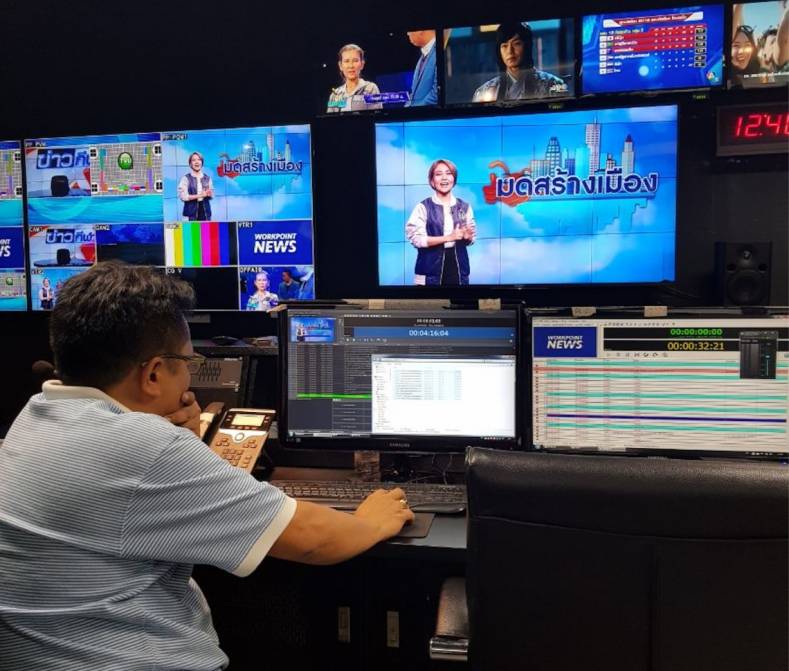 On October 1 all TV stations ‘toned down’ their programming under orders from the National Broadcasting Telecommunications Commission (NBTC). Programming was toned down both in content and the actual colours. The same was applied to most websites as the colour and saturation were ’toned down’ out of respect for the anniversary of the passing of King Bhumibol and the Royal Funeral and Cremation at the end of this month.

Now, just a week before the cremation of the Late King, the national broadcasting regulator has told television stations to return to normal colour on their programs.

An urgent instruction to restore full colour was passed on to all channels last night with immediate effect following the nightly royal news program.

The National Broadcasting and Telecommunications Commission say the change of the official position about desaturation comes because the colour tones were inconsistent across the nation’s channels.

Stations will continue to air programs about King Bhumibol Adulyadej, cancel regular soap operas and entertaining programs and continue to display channel watermarks in the corner of the screen in black and white.