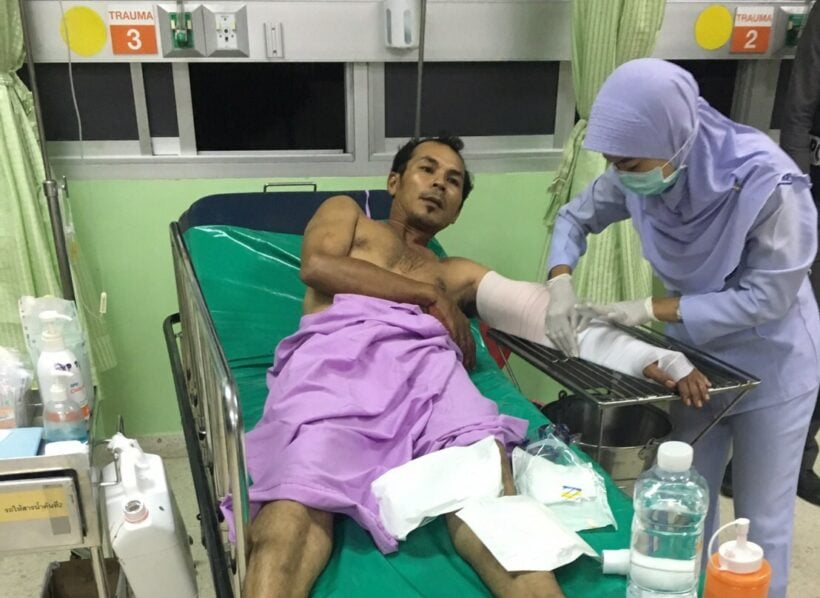 40 year old Danudech Maliwan from Phang Nga, a worker at a rubber plantation in Thalang, has been shot on his left arm by an anonymous shooter driving a white car. Police found a .357 bullet left at the scene.

The rubber plantation is located at the entrance of the Tonsai Waterfall in the Thepkasattri sub district. Danudech told the police that he was told to wait for a worker who the company believes was stealing rubber at the scene. Someone driving a white car showed up and shot him in the arm and fled. He was unable to read the license plate or identify the vehicle. His workmate brought him to Thalang Hospital.

Thalang police are checking CCTV camera footage and are investigating the witnesses around the nearby area including his fellow for more information about the shooter. The investigative team is also tracking down for the plate number of this car. They are still unsure about the cause of the shooting. 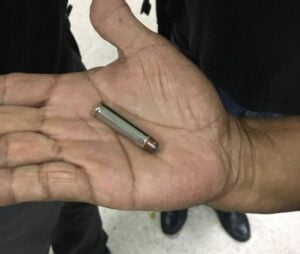