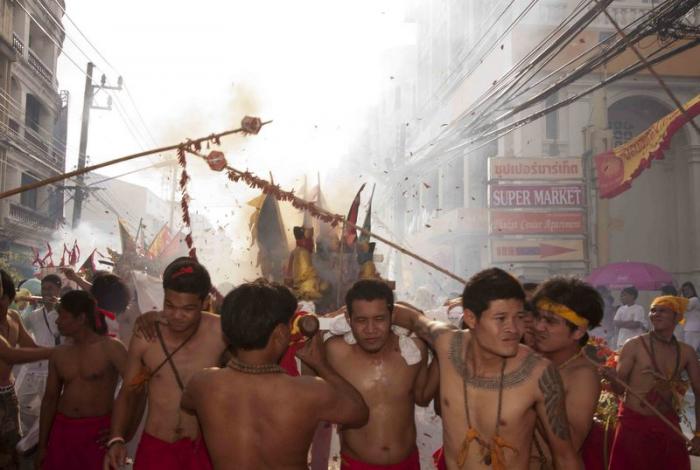 Official start of the Vegetarian Festival

There’s a ritual paying respects to Chinese guardian angels (Ko Gun) at Bangniew Shrine and from October 22, the ceremonies can be seen at Jui Tui Tao Bo Keng Shrine and Ta Rua Shrine as well.

A ritual to pay respect to ancestors spirits

A ritual to pay respect to the Chinese angels

Firewalking (Goi Hoi) at Bangniew Shrine at 8pm and Ta Rua Shrine at 8.30pm as well as a ritual called Goi Han where people who have been following the precepts of the Vegetarian festival cross a wooden bridge which is believed to expel all bad luck at Jui Tui Tao Bo Keng Shrine

Last day of the 2017 vegetarian festival and Gio Han ritual will be at the Bang Niew Shrine at 6pm and Tha Rua Shrine at 8.45pm

This day, there will be a ritual to send the Chinese god Gu Ong Tai Tae back to the heaven in Sapan Hin too. For Ta Rua Shrine, the ritual will be at Nai Yang Beach

The ritual to take down Koteng lantern pole and pay respect to the Nine Emperor Gods will happen at all the shrines. 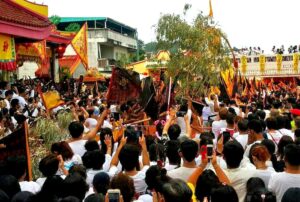