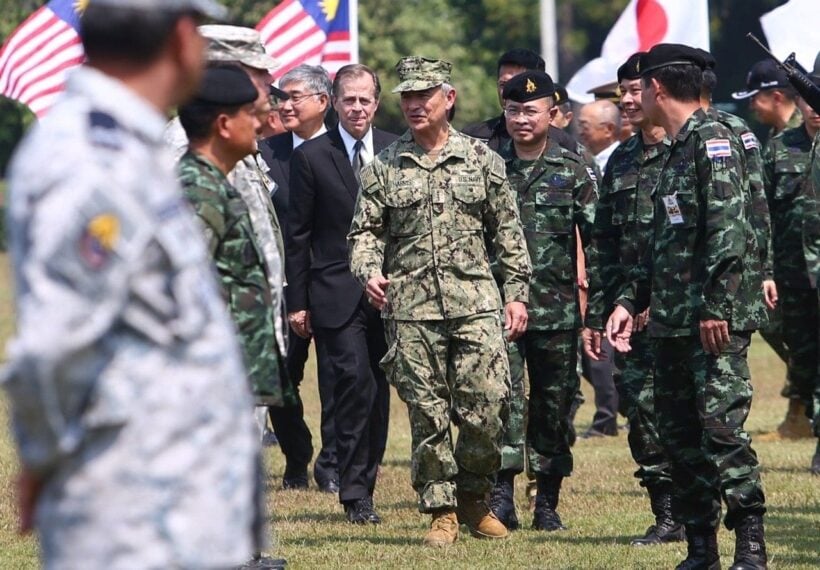 Against the background of China’s increasing power and assertiveness in the Indo-Pacific, the United States is seeking to intensify Cobra Gold, the largest regional joint military exercise, that is annually hosted by Thailand.

“I believe that Cobra Gold should look for ways to increase the complexity and scope of the exercise every year because we work closely with Thai allies in military space,” ADM Harry Harris, Commander to the US Pacific Command, told reporters at the Defence Ministry on Thursday.

“This year, we’ve increased the US level of participation in Cobra Gold by over 2,000 from last year, [affecting] the scale and type of individual exercises,” he continued. “What we’re doing in Cobra Gold [exercises] helps multiple countries to improve their readiness to fight.”

Due to close on Friday with Harris in attendance, this year’s Cobra kicked off last Tuesday in Chonburi with the principle participation of seven countries including Japan, South Korea, Singapore, Indonesia and Malaysia. China and India have partial participation through the rescue and relief drills. Myanmar’s Tatmadaw military force was invited as an observer, prompting international criticism due to its role in the ethnic cleansing of the Rohingya minority group in Rakhine State. 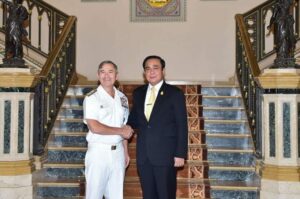 According to his testimony to the US Congress last April, Harris is convinced that the US should “engage more, not less, on Thai military leadership” and that “Thailand is committed to a return to democracy with national elections in 2018”.

“[This is] the best way for the US to promote security and healthy civil-military relations in Thailand,” he said before the House Armed Services Committee.

In the meeting on Thursday, Harris emphasised cooperation between the two nations on intelligence, anti-terrorism and support at the United Nations.

Referring to the promised-but-frequently-delayed election, Deputy Government Spokesperson Lt-General Werachon Sukondhapatipak said: “The US Commander also expressed an understanding of Thailand’s willingness to support the process to strong and sustainable democracy following the roadmap.”

Nominated as the next US ambassador to Australia by President Trump, Harris is known for his outspoken remarks on the US policy in Asia Pacific, and particularly on China’s roles.

While the US makes no national territorial claims regarding the sea, allowing China to have power over it would mean obstacles to freedom of navigation and overflights due to Beijing’s militarisation in the disputed areas.

The presence of the US in the Indo-Pacific matters in the final resolution of the South China Sea dispute. The US Army holds more than 1,500 military exercises in the Asia-Pacific region each year. Significant joint, combined and other smaller military exercises take place annually with treaty allies in Asia Pacific Japan, Korea, Australia, Thailand and the Philippines.