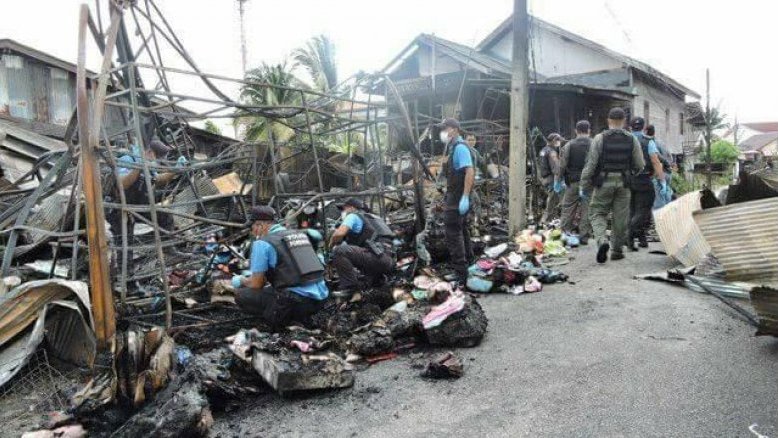 There’s been a spate of violence in the south last night with houses, shops, checkpoints and security bases coming under attack in all three of the deep south provinces – Songkhla, Pattani and Narathiwat.

In all, there were more than 10 incidents – car tyres burning, shootings and houses and shop being set on fire. With no injuries reported security officials the incidents were just planned to cause unrest and provide authorities. EOD officials, forensic police and security officers have been scouring the crime scenes all morning. Thai security agencies believe Muslim insurgents staged two arson attacks in Narathiwat downtown late on Friday night to “create a situation” before a visit by representatives of the Organisation of Islamic Cooperation.

• Fires at a fancy fish shop and a supermarket in Muang district of Narathiwat. Chuchart Silamas, the fish shop owner, said he heard an explosion first and then saw a fire which raged very quickly and completely gutted his shop. Forensic police suspected the assailants used either fire or pipe bombs in both attacks.

• In Pattani, several police and military outposts were attacked by gun men. The militants also burned car tyres on several roads to cause disturbances in the towns.

The Royal Thai Police have been co-ordinating with local police and the military to check if there appears to be any links to known groups operating in the area. 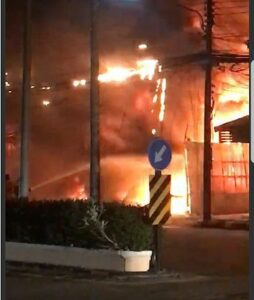