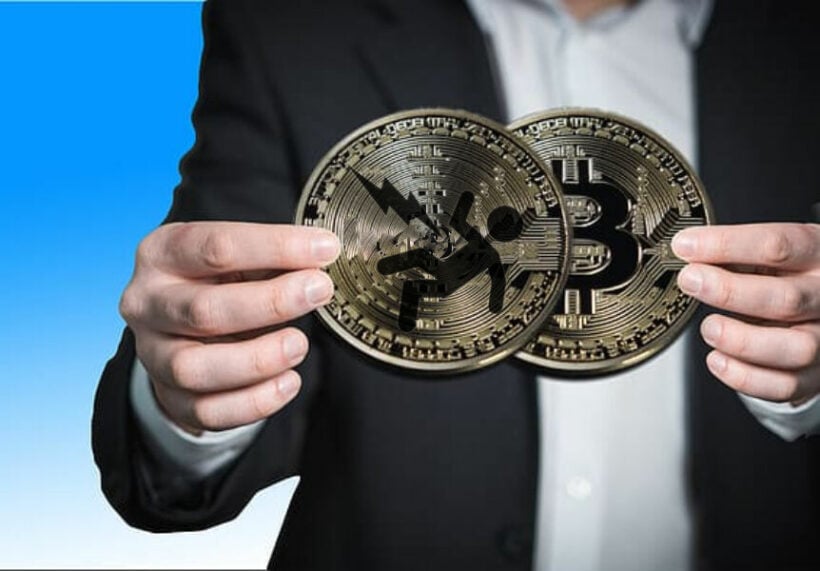 PHOTO: A bitcoin miner was electrocuted by his equipemnt. (via pxfuel)

The volatility of bitcoin trading can be shocking, but so too can actually mining it, as a Na Jomtien resident unfortunately found after being electrocuted by his mining machine. The body of a 26 year old man named Danai was found this morning after apparently being electrocuted to death by the computer equipment he was using to mine bitcoin.

The Chon Buri province resident had been having some trouble with his mining equipment, according to his brother. Last night, Danai had complained to his brother that the computer equipment he was using to mine bitcoin had developed a power leak. He called an electrician to request repair service and scheduled an appointment for first thing this morning.

Danai’s brother went to bed after that. In the morning, the electrician arrived around 9 am and found Danai slumped over the computer. Sawang Rojanathamasathan Foundation Rescue Unit were the first responders on the scene. It appeared that the draw of bitcoin mining caused Danai to get restless and he had apparently attempted to repair the power leak in the machine himself, unwilling to wait for the repairman coming in the morning.

It is believed that in his unsuccessful attempt at repairing the bitcoin mining machine himself, Danai was electrocuted by the power leak. He received a fatal shock from the machine and collapsed on top of it in death.

The man’s body will receive religious and ceremonial rites after being transported to a local temple, after which he will be cremated, according to his brother.

NCC1701A
this is a shocking story. his password probably died with him.

Dedinbed
Guess he'll return to earth now he's no longer live .. I have a joke about bitcoin  but it requires so much energy to get it ..

ozvenision
is this a joke?

SickBuffalo
1 hour ago, ozvenision said:  is this a joke? Just a clickbait article, precision engineered to rile up expat pensioners who were already bitter about Bitcoin. The chances of a PC electrocuting anyone is infinitesimal. The chances that it would…