A lifeguard at Phuket’s Nai Harn beach saved a Polish man who got caught in the rough current while he was swimming this afternoon. The lifeguard swam out and pulled the man to the beach where he administered first aid and provided oxygen to help the man’s breathing. With the quick reaction provided by the lifeguard, the man made a full recovery and is now back in good shape.

Phuket is in the middle of monsoon season which lasts from July to October. During the season, there is rougher surf and stronger currents. A red flag placed on a beach signals that the water is hazardous and though it’s not forbidden to swim, it’s strongly discouraged. Follow instructions from lifeguards. 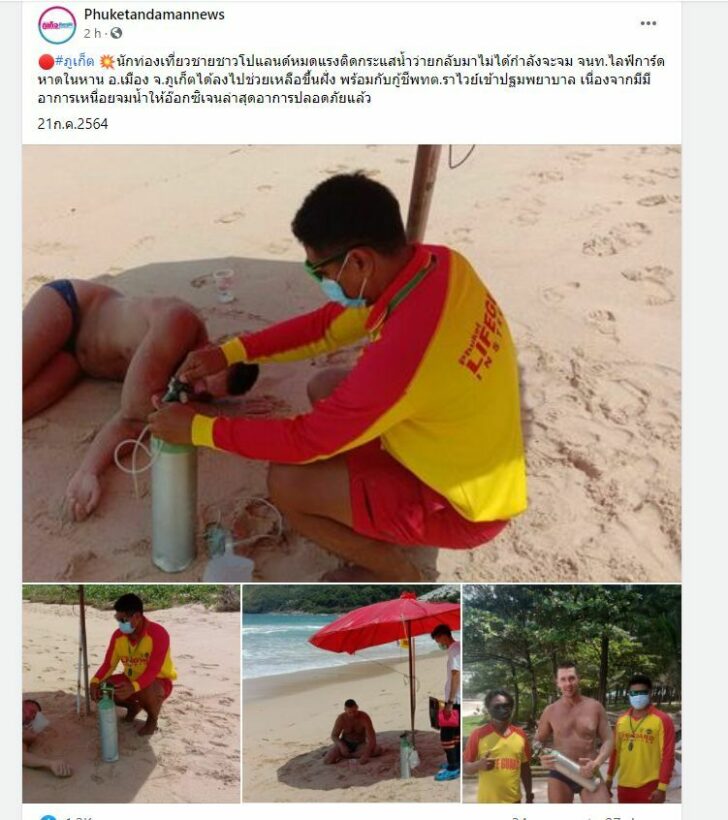 SickBuffalo
Hmmmm. I have a sneaking suspicion that this particular Polish guy might have staged this as an elaborate way to get to meet the lifeguards:

gummy
1 minute ago, SickBuffalo said: Hmmmm. I have a sneaking suspicion that this particular Polish guy might have staged this as an elaborate way to get to meet the lifeguards: I'm a Pole and  I swim all day, I like…