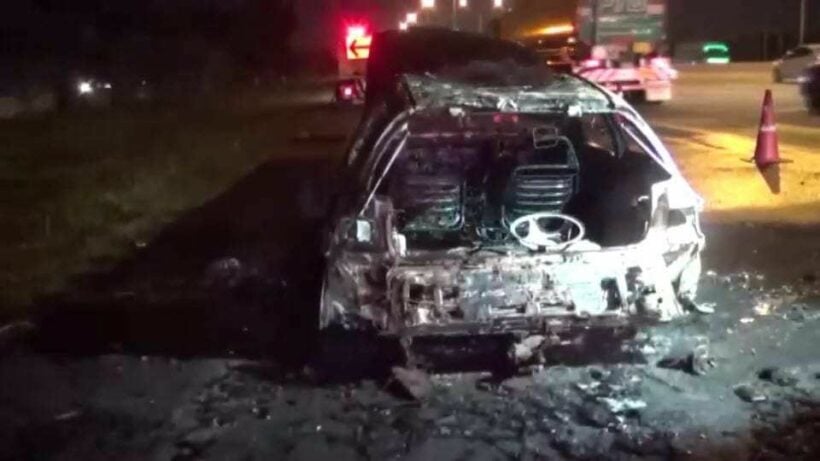 A 28 year old man who bought a second-hand car in the central province of Angthong got the shock of his life when the vehicle burst into flames as he was driving it home. The Pattaya News reports that Charaswit Bank was driving his just-purchased second hand Honda Civic home to Sattahip, in the eastern district of Chon Buri, when it caught fire.

It’s understood the car began to develop engine problems in the Don Hua Lo sub-district of Chonburi, causing Charaswit to pull over to the side of the road. The engine trouble quickly turned into smoke pouring out of the engine bay, then flames. The fire then spread quickly consuming the rest of the car. Firefighters were on the scene promptly and took about 10 minutes to extinguish the blaze. There wasn’t much left by the time firefighters had put out the fire.

It’s understood Charaswit paid 55,000 baht for the used car and now intends to take the matter up with the previous owner.