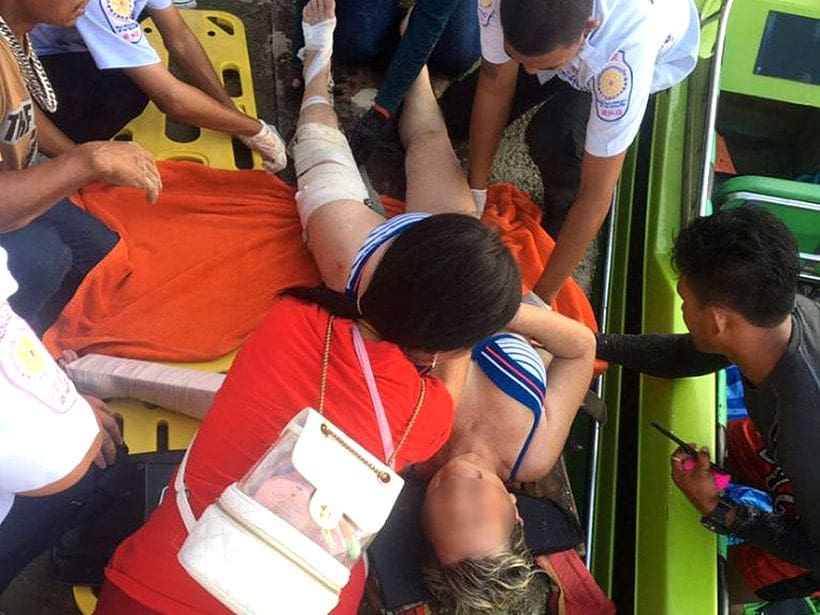 A French tourist has been hospitalised after having a bad landing on the tow boat and ending up in the water while parasailing at Koh Naka Yai off the Paklok coast yesterday.

Thalang Police were notified of the incident off Koh Naka Yai at 5.25 pm.

Thalang Police report that the 57 year old French woman, Claudine Robinet, broke her left leg and hip with wounds on her knee and was taken to the Thalang Hospital. After that she was transferred to Bangkok Hospital Phuket.

57 year old Somchai Kongkam, a tour guide, told police that they arrived at Koh Naka Yai around 2.30 pm yesterday. The tour was scheduled to leave the Island at about 4 pm.

At 4.05 pm Ms Robinet told the tour guide that she wanted to go parasailing. The tour guide led other tourists to get on their tour boat while waiting for Ms Robinet.

At some stage in the ride Ms Robinet collapsed onto the roof of the tow boat and then fell into the water.