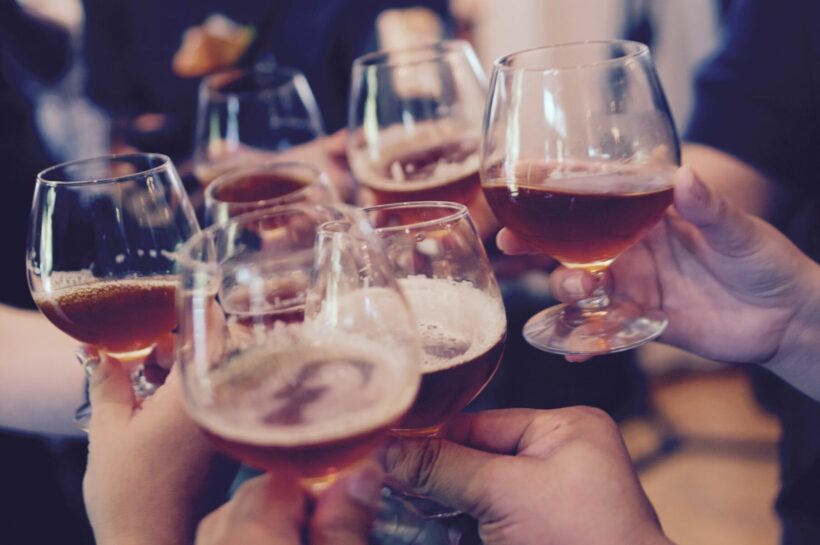 PHOTO: Alcohol in restaurants is now allowed in Chiang Mai and Hua Hin. (via Unsplash Yutacar)

Chiang Mai is the latest to ease restrictions on serving and consuming alcohol in restaurants as the province’s Governor Prachon Pratsakul announced today that they will partially lift the ban on Monday. The districts granted permission to drink in restaurants are the same 5 provinces reopened to tourists: Chom Thong, Doi Tao, Mae Taeng, Mae Rim, and Muang.

Just like the new rules allowing drinking in Pattaya food venues, restaurants in tourist zones in Chiang Mai will be allowed to sell drinks from 11 am to 2 pm and again from 5 pm to 11 pm. The restaurants will now be allowed to host live music as well, with a maximum of 5 band members who are not allowed to mix with customers before or after performances.

All restaurants that wish to serve drinks must follow the Covid-Free setting established by health authorities which requires staff to be fully vaccinated and take weekly antigen tests and tables to be 1 to 2 metres apart or partitioned while operating at 50% capacity for air-conditioned businesses or 75% for open-air venues. Guests can stay a maximum of one hour only.

In Hua Hin, the decision to relax alcohol restrictions for the municipality and neighbouring Nong Khae tambon to the south was made on November 30 when the governor of Prachuap Khiri Khan signed the order, but it wasn’t announced until yesterday. Permission to serve alcohol was granted to those restaurants with SHA or SHA+ certificates, and drinks can be served until 10 pm.

Cha-am was granted a similar relaxation of drinking rules at the beginning of the month, but only for a 15-day trial period. Officials will review the Covid-19 situation and the success or failure of the drinking easement on December 15 before deciding whether or not to continue. The district is planning a beach food festival from December 10 to 12 in hopes of attracting more tourism.

AdvocatusDiaboli
Guests can stay a maximum of one hour only. Looks like a chance for a Pub Restaurant crawl then …..

NCC1701A
two bars have been open on soi 80 here in Hua Hin for most of the year. the same ones that never seem to close. open means the rollup door is up halfway and the lights are out. sort of…