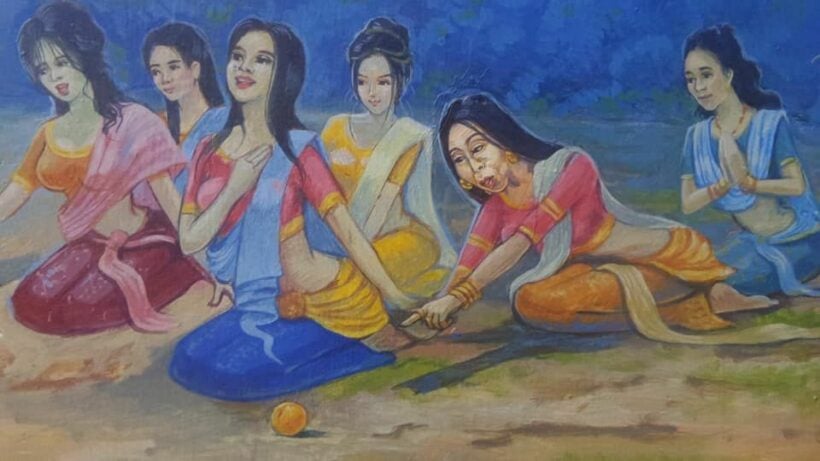 Thai internet comedian, Sitang Buathong, is known for her “power,” making a rolling orange stop by saying “orange stop!” At a central Thailand temple, an artist included 58 year old Buathong in a painting. Instead of facing up at Buddha like some others in the painting, she is portrayed looking down and pointing at an orange.

Religious officials are not happy, saying the image pokes fun at Buddhism. But the abbot at the Wat Nong Tao temple in Uthai Thani says he will not have the painting removed and he does not find the painting offensive, although he admits he does not know of the comedian because he is not on social media.

The artist said she had no intention of mocking Buddhism. She painted a larger mural at the temple, and Buatong’s image is fairly small. Buathong visited the temple dressed in a traditional Thai outfit, similar to the one depicted in the painting. Fans came to the temple to see her.

“Her meme is popular on social media right now, so I think adding her onto the mural should have made it more recognisable,” the artist said.

Back in 2018, a temple in Suphan Buri also got criticised for a mural painted of Buddha on a piece of land surround by water and chaos. Characters in the water around Buddha include Thanos, the villain from in the latest Avengers films, and the villain from the movie Scream.