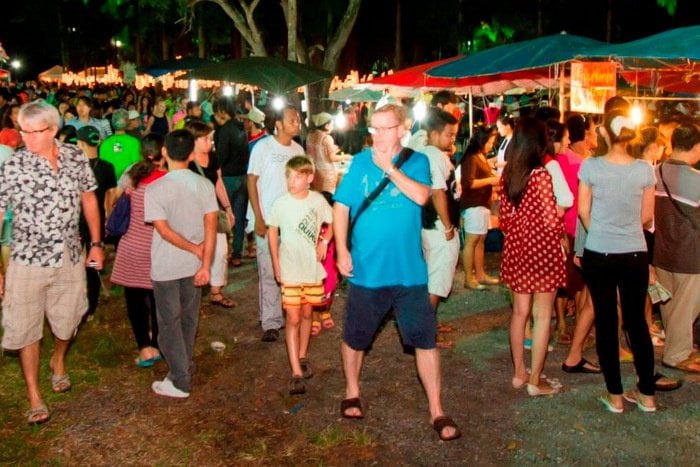 PHUKET: More than 4,000 people turned out for the launch of “Laguna Market on First” at Laguna Grove in Cherng Talay on Sunday.

The four-hour market generated an estimated 1.2 million baht, as more than 200 local vendors plied their goods.

“I am delighted to see that the market attracted both [people from] the local communities and tourists,” said Ravi Chandran, managing director of Laguna Phuket.

“About 30 per cent of guests tonight are foreigners from the local expat community, as well as the tourists and hotel guests, which makes the market a success in terms of being a platform for us to continue helping and supporting local villagers.”

Simultaneously, the market was able to showcase a taste of Phuket to Laguna Phuket guests, as well as members of the local Thai and expat communities.

“Laguna Market on First” will be held at Laguna Grove from 4pm to 8pm on the first of every month. The next edition is scheduled for March 1.

The Phuket Gazette is a proud sponsor of Laguna Market on First.

Finance: If I could be 30 again

Financial outlook for the year ahead