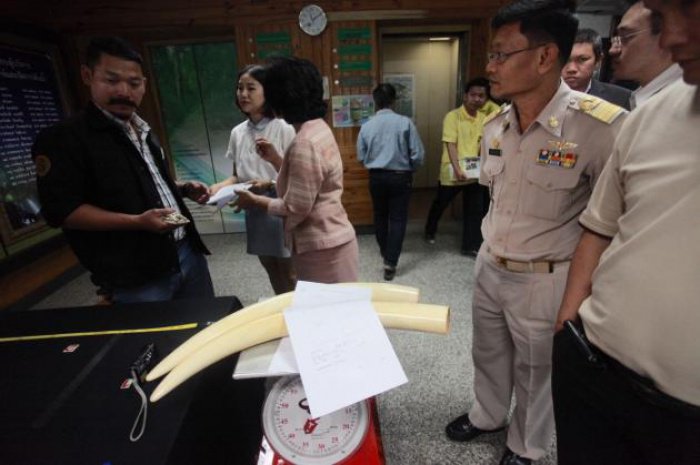 PHUKET: A new law requiring people who own locally sourced ivory to register with the government is meant to separate them from people who own ivory from Africa, Nipon Chotibal, director-general of the Department of National Parks, Wildlife and Plant Conservation (DNP), said yesterday.

This separation will make it easier for the DNP to crack down on people who smuggle African ivory, he said, adding that people who own ivory from Africa can register in a 90-day period starting from March 14.

Owners of locally sourced ivory have until April 21 to register at the Phairoj Suwannakorn Building in the DNP’s Wildlife Conservation Office compound off Phaholyothin Road in Bangkok.

Kiattisak Phimkittidej, who registered two pieces weighing 3 kilograms, said the process was short and simple and called on all those who own ivory to register.

The new law, which took effect on January 22, stipulates that nobody can possess more than two pieces of ivory, or no more than two ivory necklaces or four ivory bracelets. Also, only 12 pieces of such items are allowed per household.

The law also stipulates that these items can only be inherited, not sold, traded, given away or transferred, he said. During registration, each item is weighed, photographed with details stored in a database and stickers issued to identify the items and owners.

Six suspects arrested, accused of being part of network to overthrow monarchy